On our last night in Reykjavik, we wanted to treat ourselves with something nice. I began to research what are the food we should eat in Iceland, and I found this restaurant. What is so special about it?  They sell some of the exotic food that you might be shocked to hear.

Islenski Barinn is not only it is an Icelandic Bar but also a restaurant, which attempt to capture and preserve the essence of what Icelandic means.
It is a place where the cultural and historical culture of Iceland are being protray with an additional twist of the modern time. The menu comes in Icelandic ingrediant where they serve special dishes like the whale meat and dried fish, there are also other modern food that can be found here.

The exterior of the restaurant: 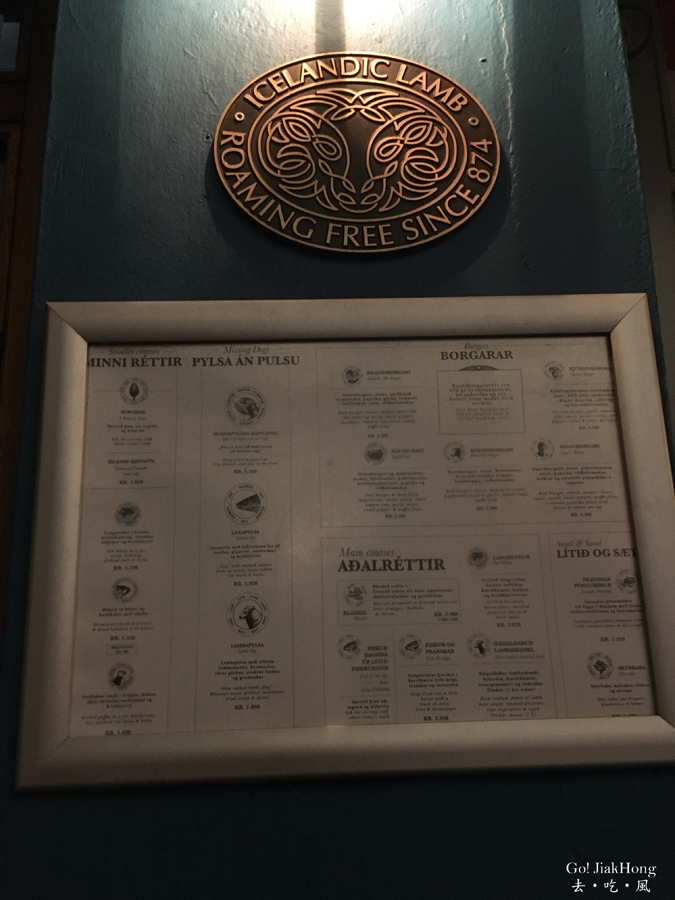 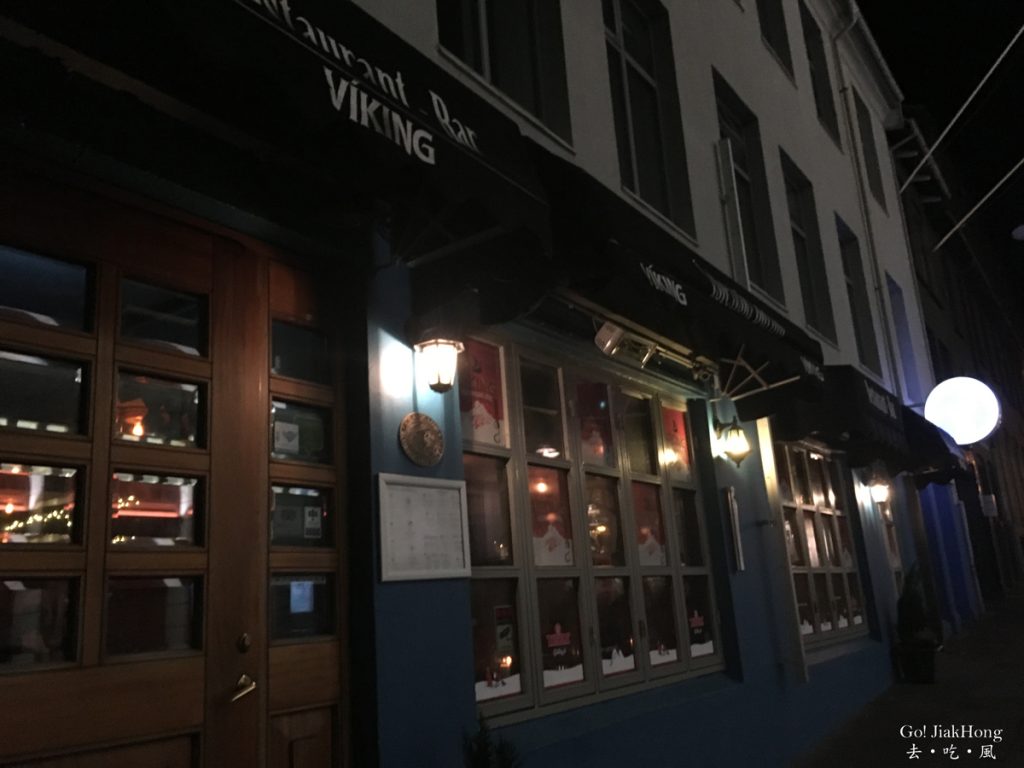 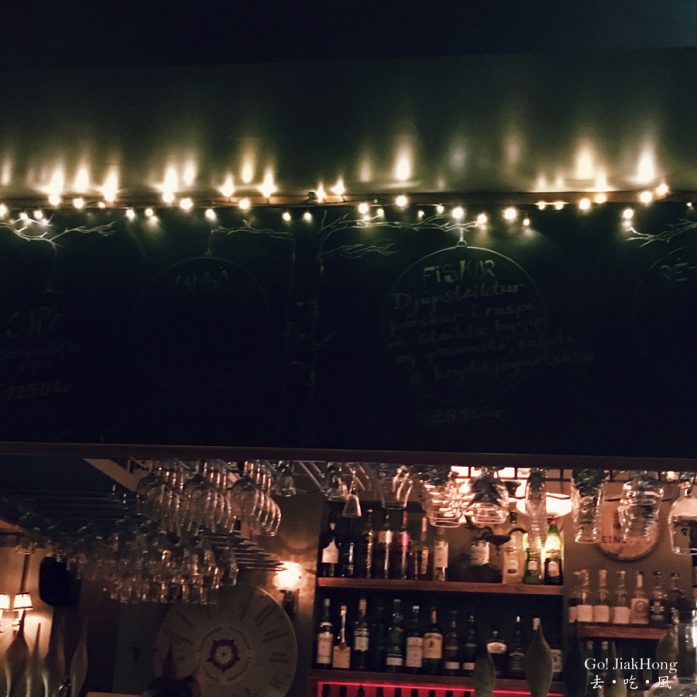 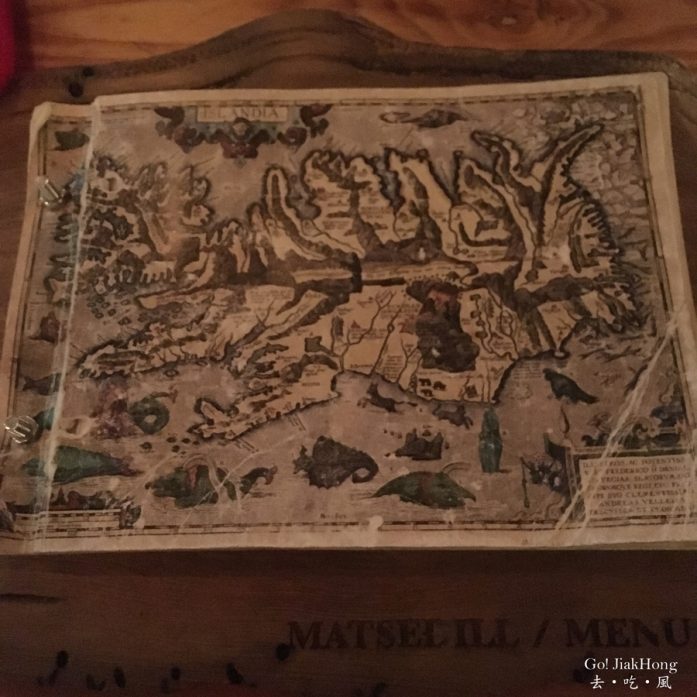 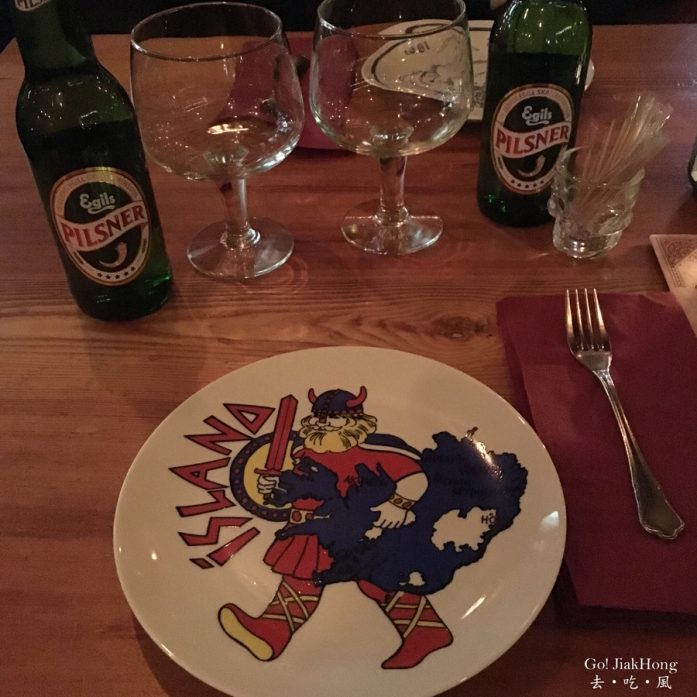 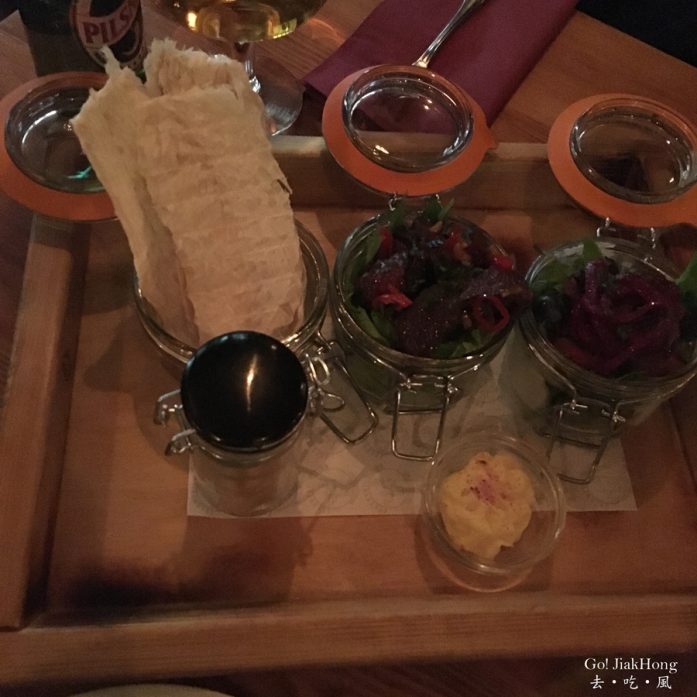 Dried haddock with butter is yummy, it’s like a snack. However, people with loose teeth, please do not try. 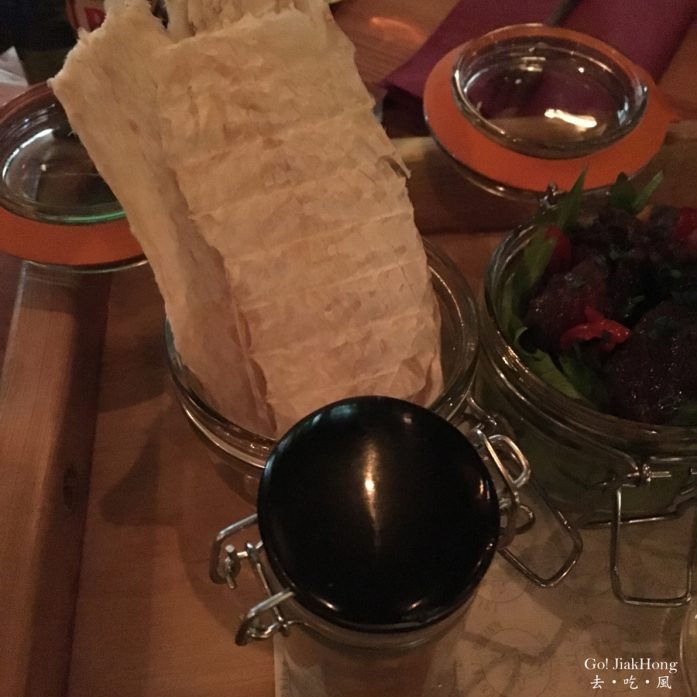 The fermented shark, it’s worse than durian, at least durian is yummy. We had difficulty swallowing it down, it smelled like a smelly sock that has been worn for a very long, some people commented it smell like urine. Despite the taste is disgusting and unbearable, I still went ahead and ate 2 pieces of it and quickly drown myself in beer. 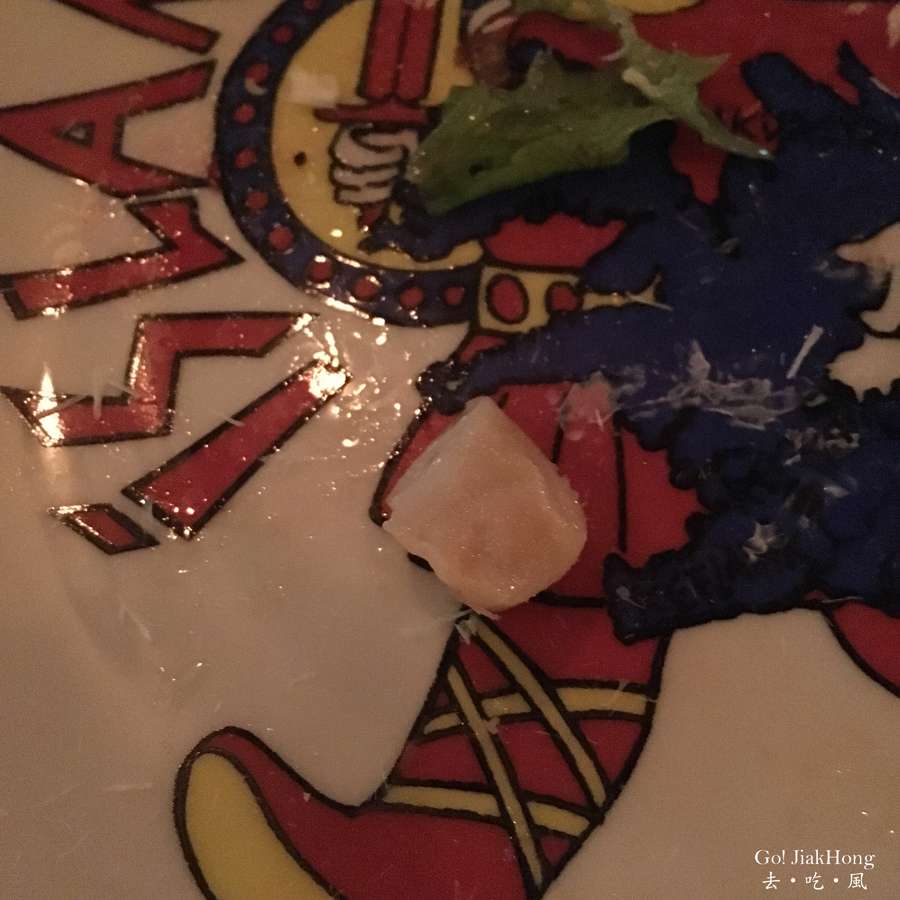 The meat tastes like beef and lamb mixed, with the citrus dressing. It is delicious and a little chewy like medium beef steak. 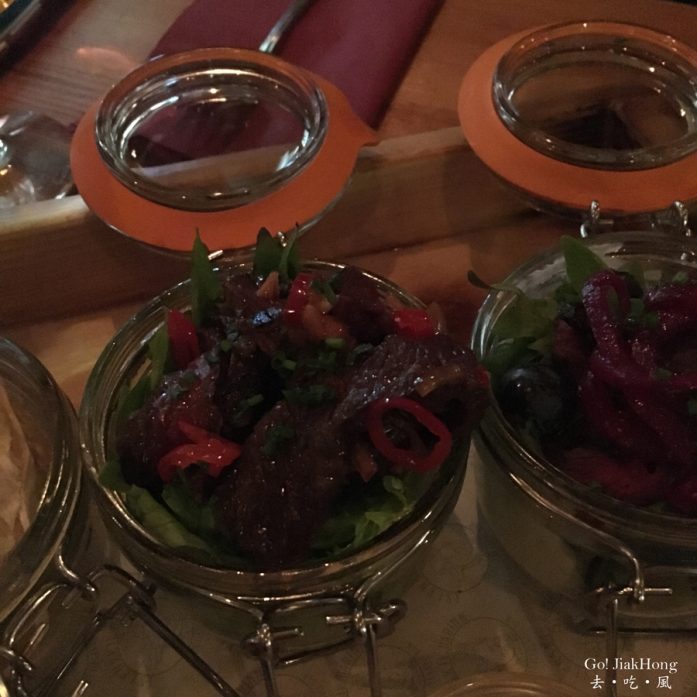 The grilled puffin is actually a common food that can be found in most of the restaurant in Iceland, especially in the Westman island where the largest puffin colony are at. If you want to try something exotic, this is definitely something you can try. The meat was tender and tasty. 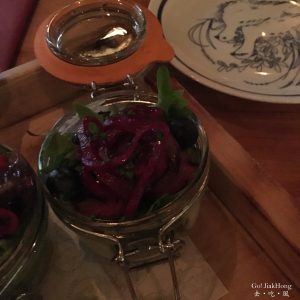 Fish of the day from Litla Fiskbúðin

We are totally in love with this dish and the sauce to dip the fish matches perfectly well with it. 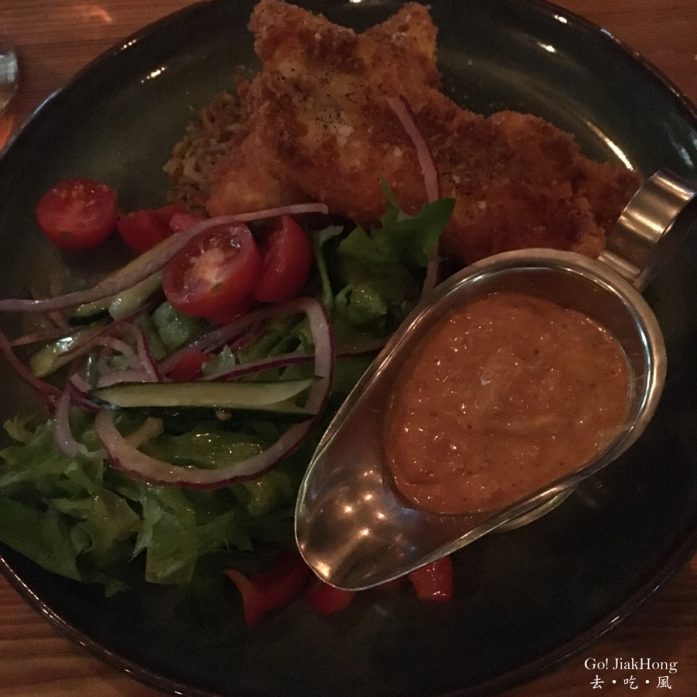 We enjoyed all the food that we have ordered, except for the fermented shark that is a total NoNo. The ambience was great, it’s a place to chill and relax, have a beer eating some of the local delights. Service staff are really friendly and helpful. Most importantly, they know their dish every well and knowledgeable.

For people who are adventurous enough to try out exotic food, you can try haddock and puffin meat. For the regular local cuisine, like meat soup, fried fish, etc. it would be nice to try it here too.