Thinking that this would be of some help to them if they are interested in viewing autumn leaves during this period of time.

I have taken some news from 2 different websites for your references.

There are two types of leaves that you could view in Autumn when you are in Japan.

**I will only cover about the maple leaves.

Weathernews report on September 7th a forecast of the scheduled period where you could have a chance to see the beautiful autumn folic in Japan.

As it is in Japanese only, I will do a simple translation of the article. 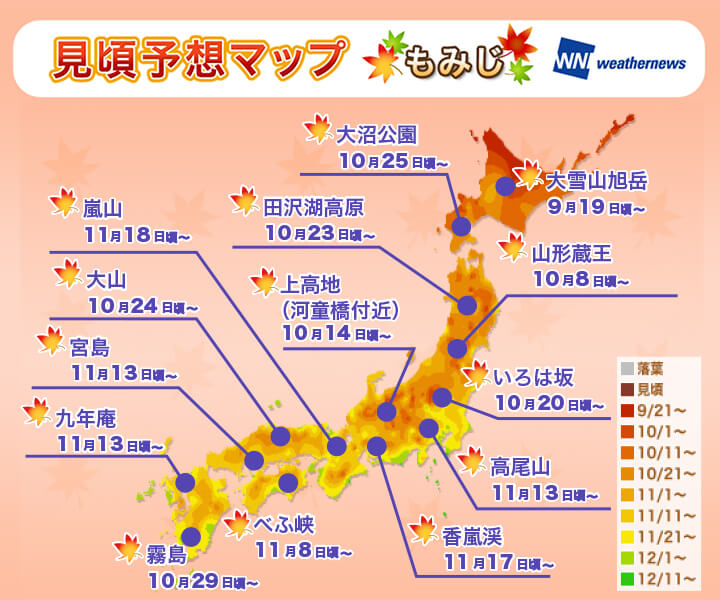 Is noted that this year due to the extended summer heat wave the autumn leaves will change its color a week later than last year. In Hokkaido, the highest Mountain Asahi have started to change its color.

For this year Autumn, in Sep from Hokkaido to Kyushu due to the late summer heat a wide range of areas are affected, thereafter the temperature will be around the same as last few years. In December, the expected temperature will be lower than the previous year.

Due to this reason, In comparing with previous year forecast which during Sep and Oct viewing of the autumn leaves have been seen at the Highest Mountain In Hokkaido and Northern Japan. This year the possibility of viewing the autumn leaves will be a week later than last year. 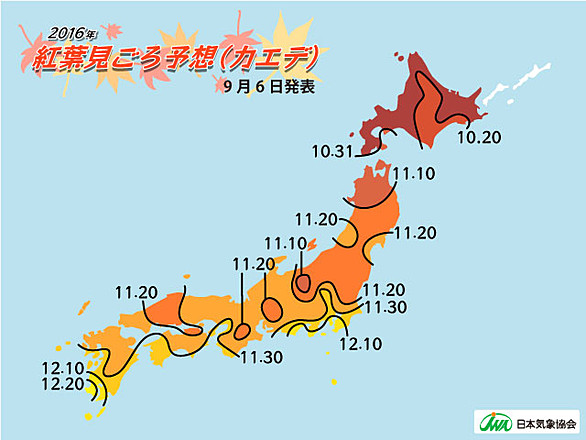 I have done up a translation taken from their website, even though Google can do the job but the English is weird.

[Trip] Switzerland- A day trip guide to Jungfraujoch from Bern