It is the yearly Sakura season also known as the Cherry Blossom Flowering forecast, knowing that lots of people have been posting the forecast. As for me, I have made the chart and done some little research comparing two of the Japan weather forecast news of the prediction of the Cherry Blossom flowering period.

Currently, the first forecast for Cherry Blossom 2017 is out. 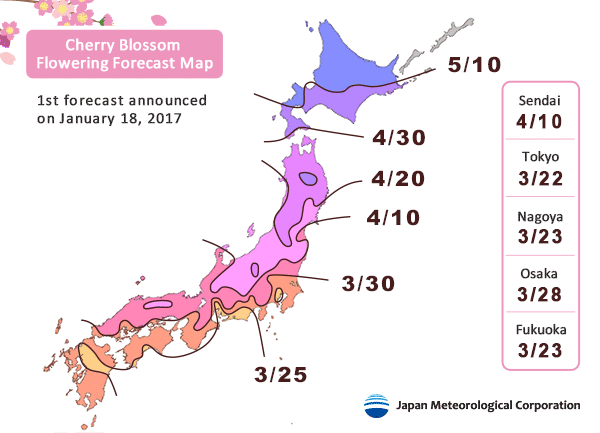 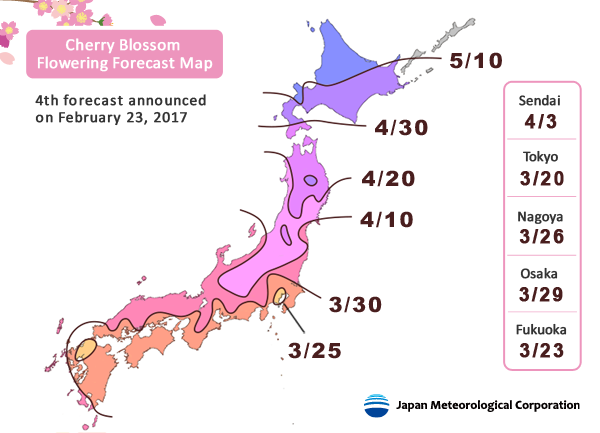 As it is in Japanese only, I will do a simple translation of the article. 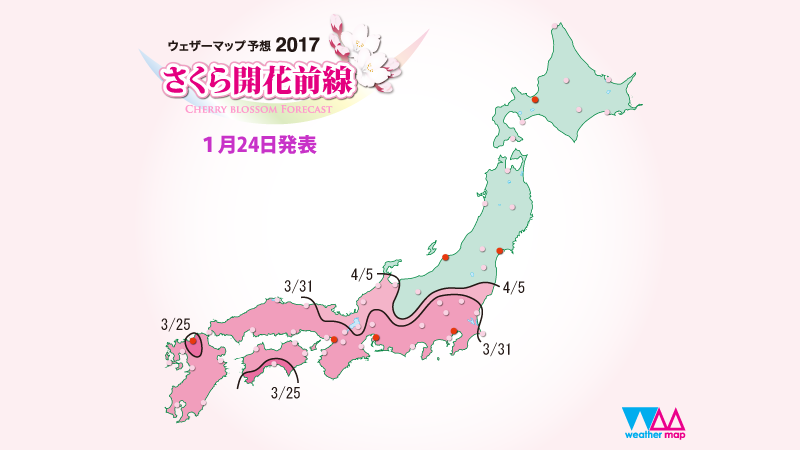 This year the Sakura/ Cherry blossom blooming will be the same period as previous year from Kanto area to Kinki・Sanin. As for Shikoku and Kyushu area, it will be slightly later than last year.

As this year the winter season is warmer from Kanto to the west area. It actually causes the buds of the cherry blossom to be slower in breaking the dormancy and flowering to full bloom, thus the late blooming.

From now till the start of February the temperature will still be high, and thereafter temperature will be slightly higher than last year. However, this high temperature will not continue long, due to this reason the cherry blossom are unable to bloom the same period as last year and a little late. 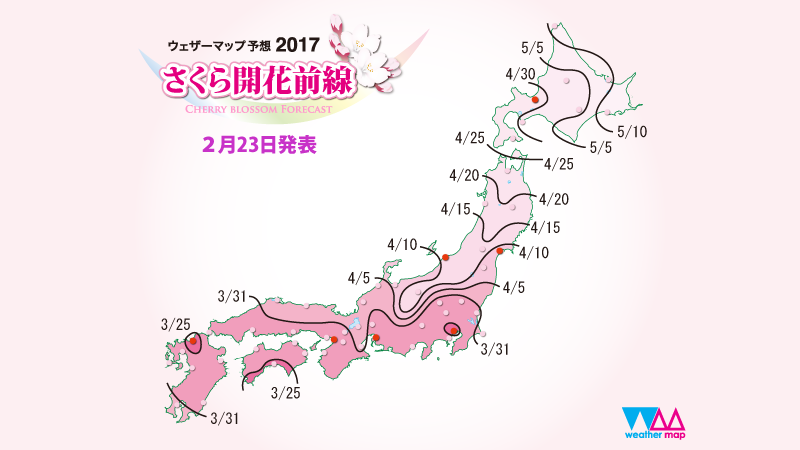 **To note this is only a rough prediction of the Cherry blossom period for latest update you will need to visit Sakura Navigation 2017  (Only in Japanese). Their system will update every Thursday, on the latest condition of the blooming of Sakura flower/ Cherry Blossom.