A day in Barcelona City and wanted to squeeze in some of the popular attractions to visit but couldn’t decide where to go? Here are some of the options to spend your day. We visited the famous Park Guell by Antoni Gaudi in the morning, after that to the Gothic Quarter and immerse ourselves in the ancient building around that area. Can have a shopping spree at the Calle Portal de L’Angel which is near to the Las Rambla.

Situated at the north of Gràcia, Park Guell was built on Carmel Hill which was once a bare mountain.  A businessman named Eusebi Güell appointed Antoni Gaudí to build a garden city. The park was open to the public in 1926 for residents around the area to enjoy the beautiful scenery and Gaudi exceptional creativity. 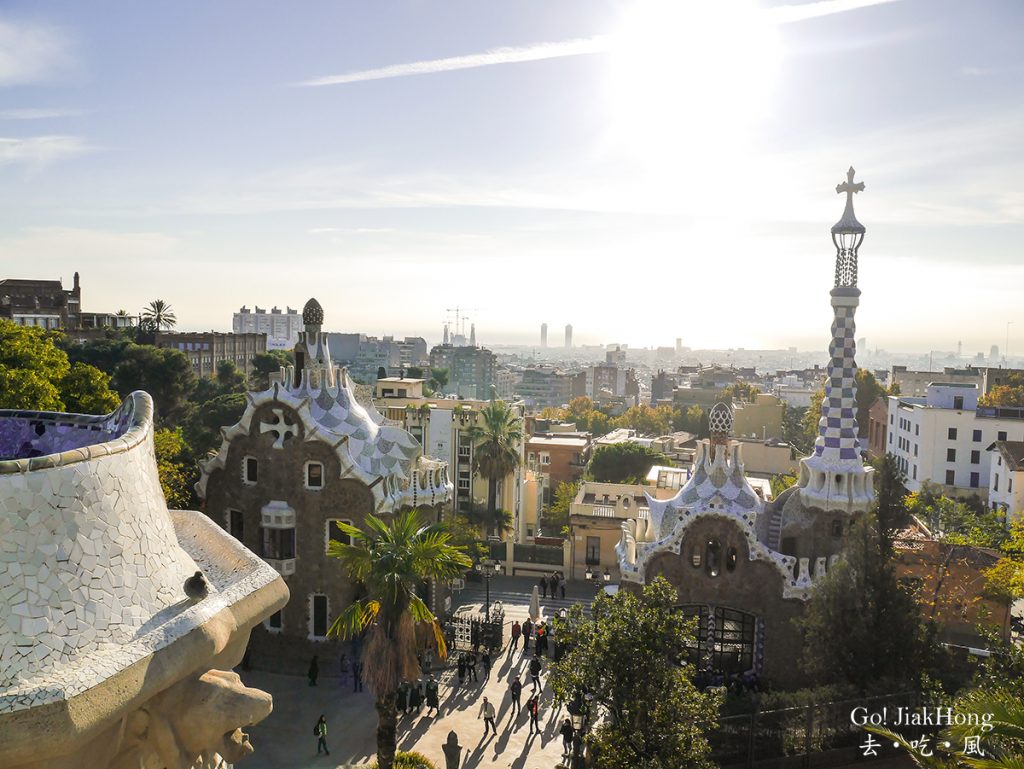 From the bus stop on Plaça Catalunya (line 24-Paral·lel/El Carmel), it points along Passeig de Gracia to Carretera Carmel-Park Güell stop, which is one of the main entrance to the Park, near the top of the hill.

Line 92 (Bus no.92)
From the bus stop Trelawny-Passeig Marítim, the line 92 (Pg. Marítim – Av. Tibidabo) points along Sagrada Familia and Hospital de Sant Pau and stops at Carretera del Carmel-Park Güell in front of one of the Park’s main entrance.

**Last 200m to the park is a steep uphill, do take the bus or taxi if you will have difficulty walking up the steps.

To know more about the transport within Barcelona City.

If interested to skip the line and not having trouble getting into the attraction would suggest joining a tour group or purchase the ticket online.

Purchase your ticket online, as there is a limited 400 tickets per entry for half an hour. All tickets are allocated with a time slot, you are given 30 minutes of grace time to enter the park. 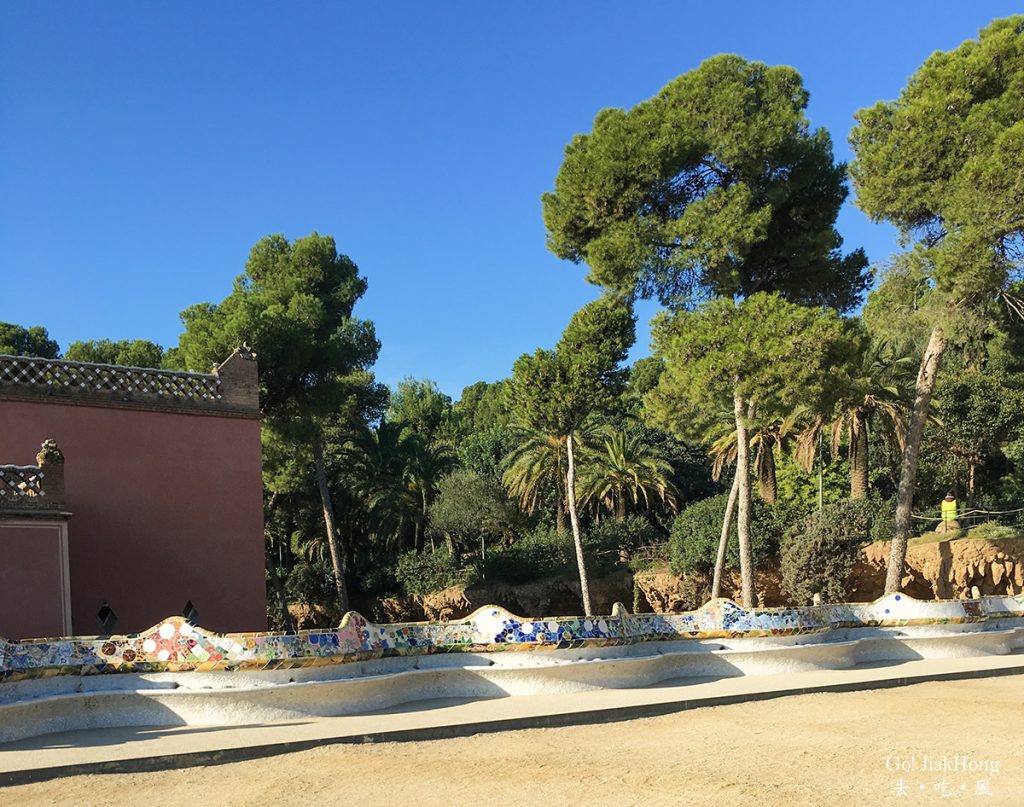 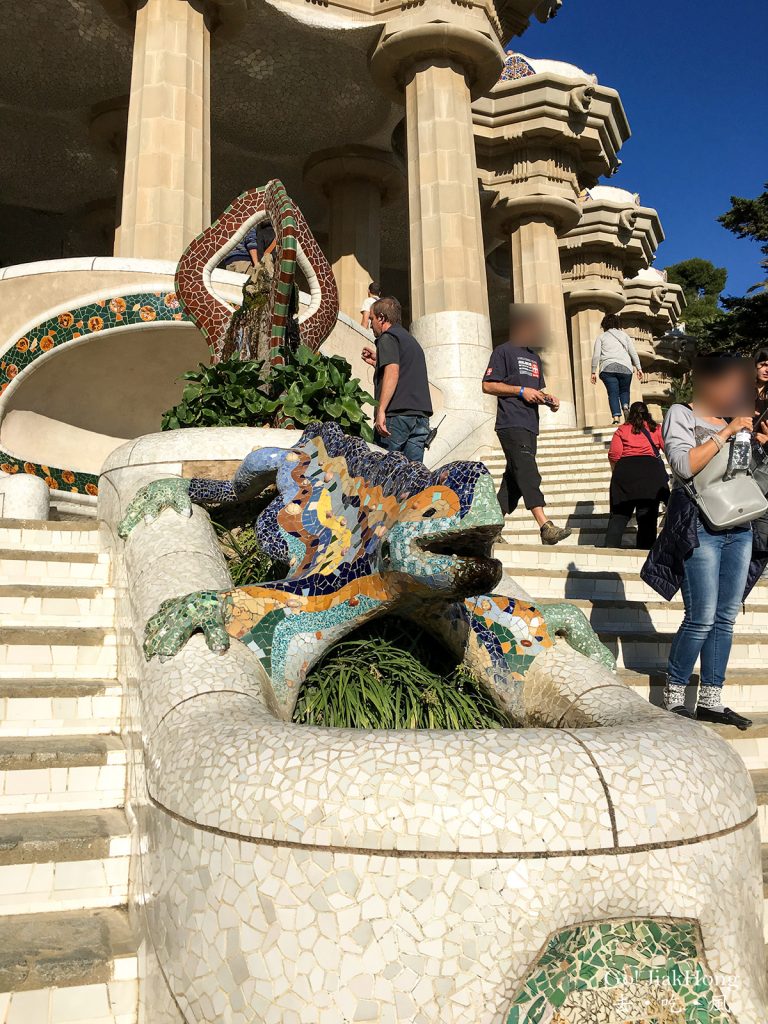 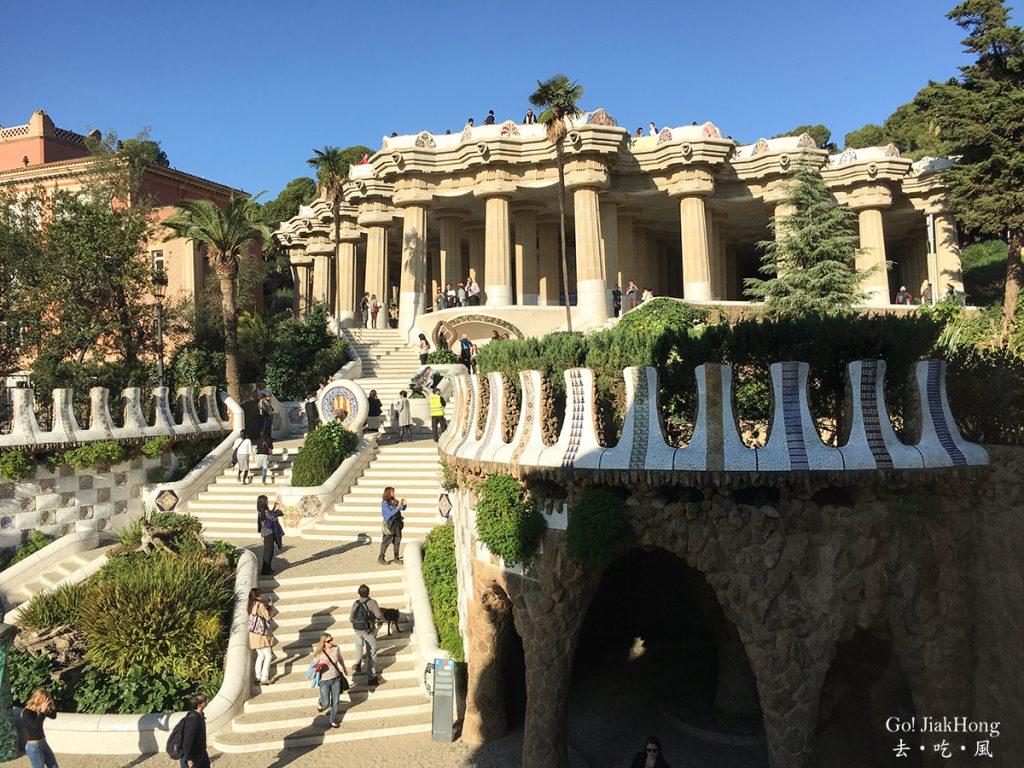 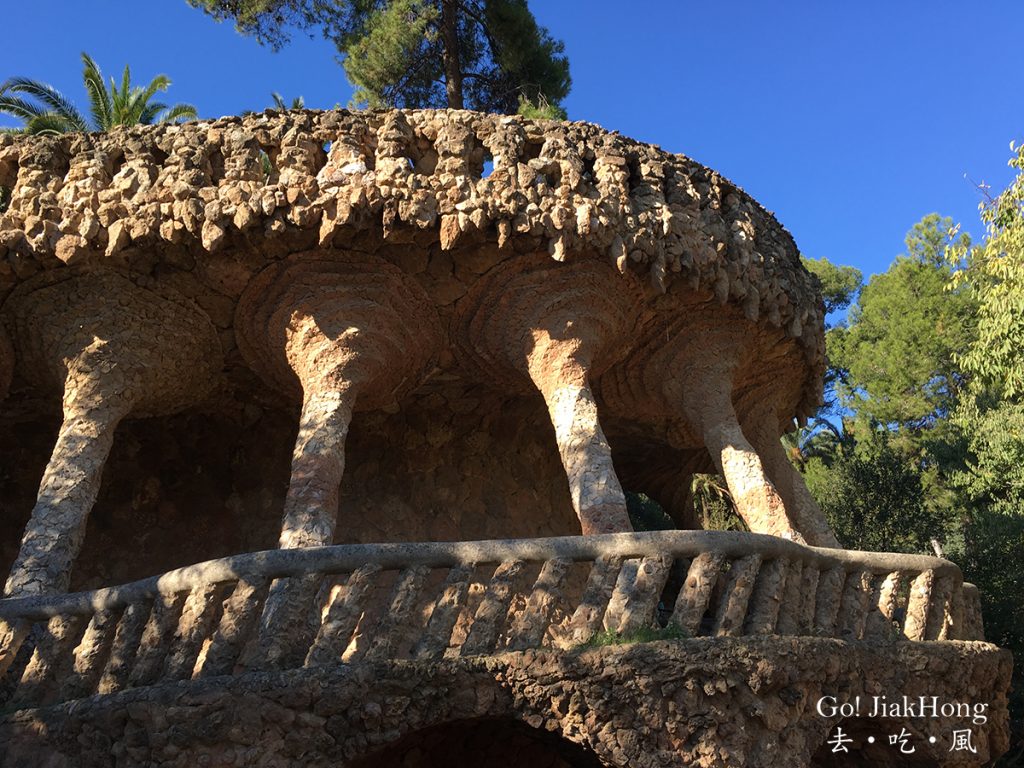 A beautiful and relaxing place to be. As we were there early, it was not that crowded. There are a lot of structures or designs that were built to accommodate nature, hence it is so unbelievable that how could someone in the past come out with such an impressive work when there were not many resources or advanced technologies.

The beautiful neighbourhood is known as the Gothic Quarter. It used to be the Roman village and thus has some remnants of its glorious past. These days because of the constant modernization it is easy to spot an ancient building right next to one built in the 90s. It is this mix of old and new that brings people from all over the world to stay in the Gothic Quarter.

This area has a high pickpockets rate, so just take note of your own belongings. 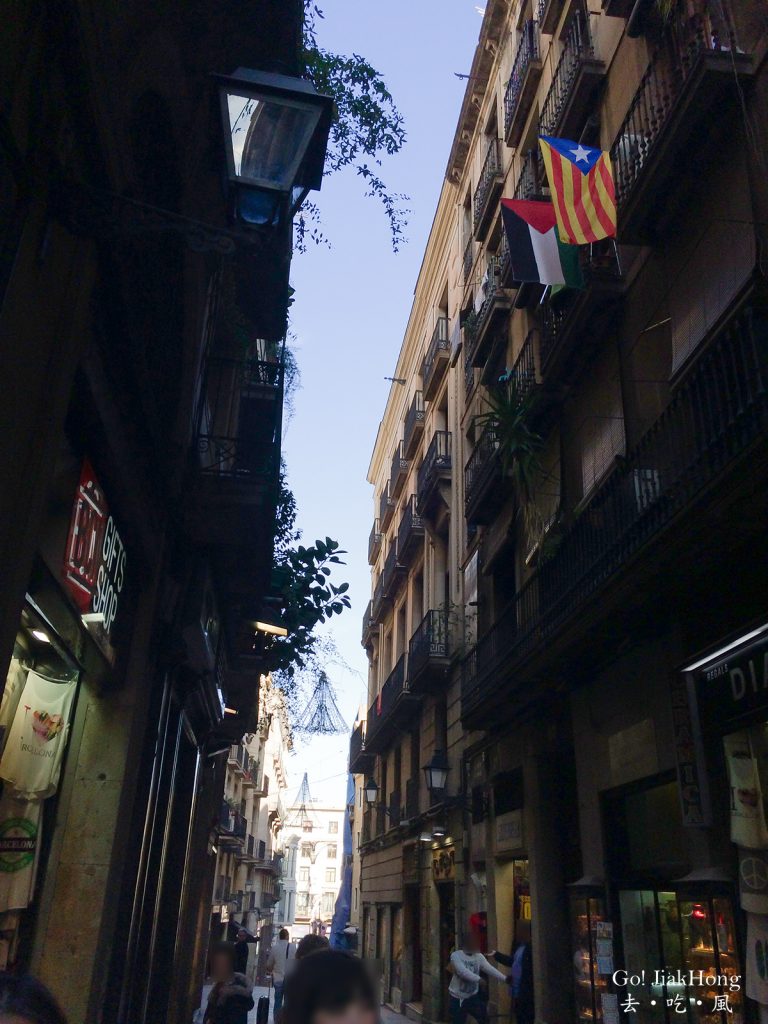 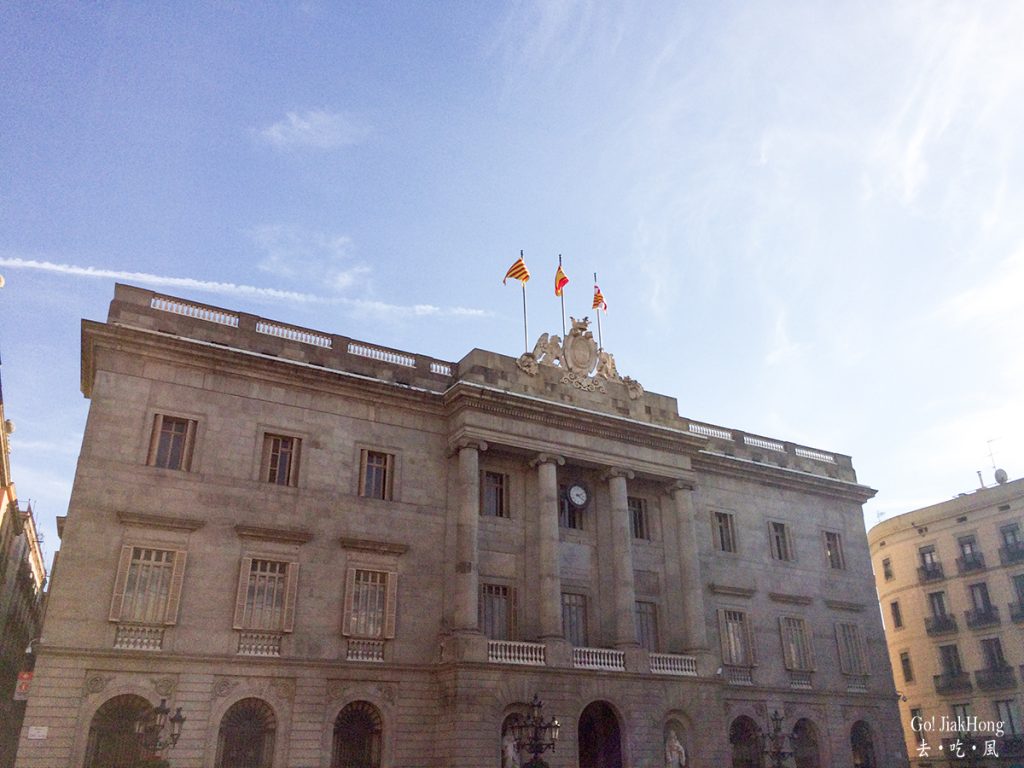 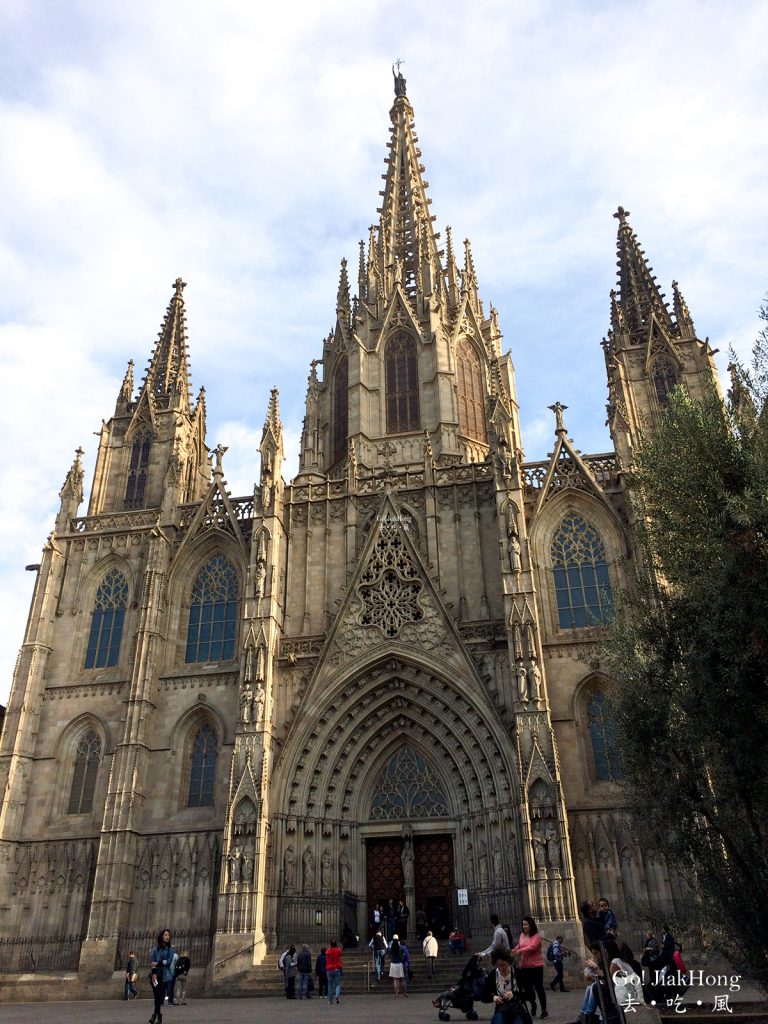 We didn’t go into the cathedral. However, we took some photos here before heading off to Las Rambla – Drinking Fountain which is a few minutes walk from here.

Not sure if you guys know about this drinking fountain? I didn’t know anything about it until my friend told me is a must to come here. I am quite lost though…like why? It is just a drinking fountain. Apparently, it has appeared in a hit Taiwanese Drama, Meteor Garden II. This is the place where the main actor and actress had a scene shot. I did watch the drama but didn’t remember about this.

Drama aside, this drinking fountain is known to have a special power as the folklore says that if you drink from this famous fountain at the top of Las Rambla you will fall in love with Barcelona and always return to the city. 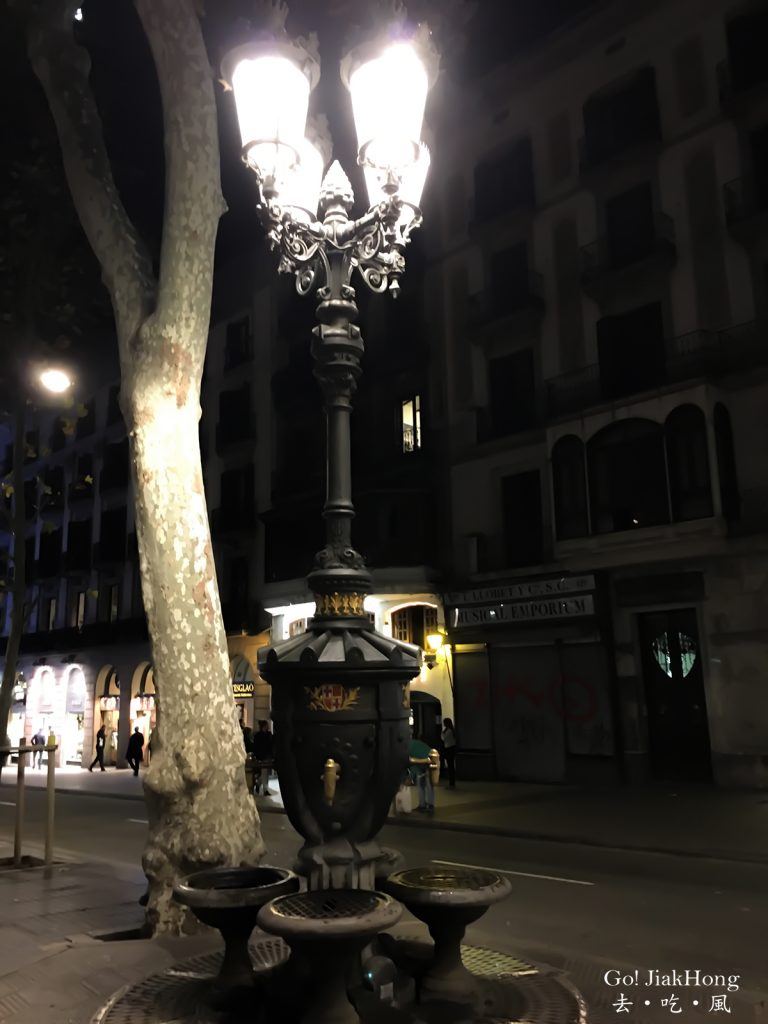 This drinking fountain is a great place refill your water bottles. Not only that, around this area, there are lots of restaurants and bar where you can have your dinner here. 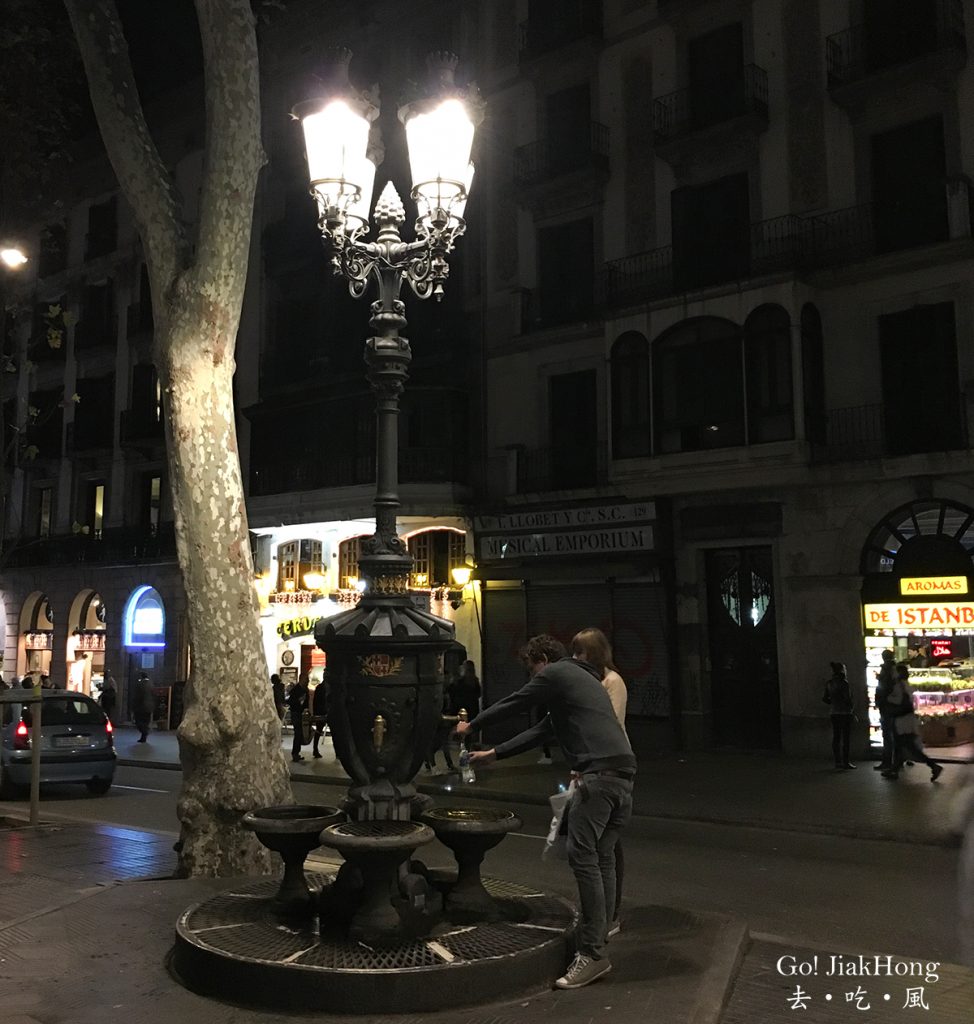 You can spend a single day around this area and have a great dinner nearby, which we did. And not forgetting to get your last minute souvenirs or shopping here.