A comprehensive guide starting from transportation to attraction, and also the local cuisines in Sokcho that are not to be missed. Even though, we spent less than 48 hours in Sokcho (속초) but it is the best highlight during our short stay in South Korea.

Sokcho is a city of Gangwon-do province, lying north of the 38th parallel which belonged to North Korea from 1945 until the end of the Korean War. Abai Maeul was originally set up as an area to house North Korean refugees in Sokcho due to the separation of the two Koreas.

Today, Sokcho is more of a fishing town than a tourist hub, and it attracts domestic tourists as the main draw for their fresh raw fish and seafood. On the New Year Eve, the beaches get crowded as people gather to watch the first sunrise of the year.

There is only 2 option to get to Sokcho, one is by their intercity express bus, the other would be self-drive. 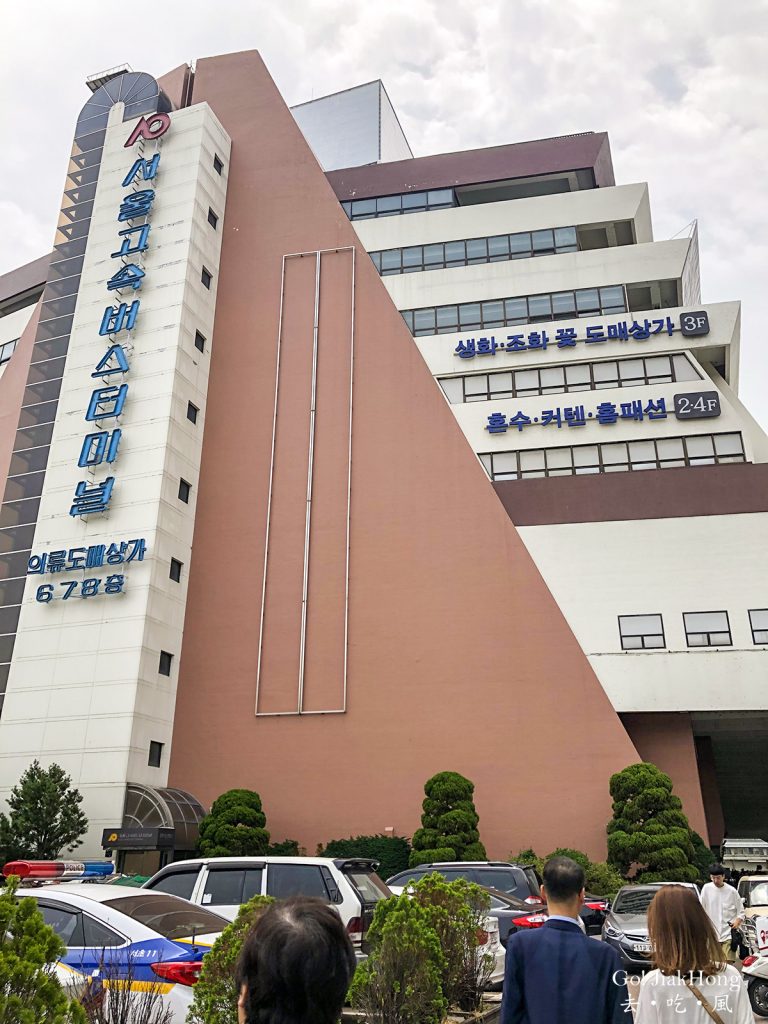 KOBUS online and print out the ticket at the Ticket Issuing Machine. 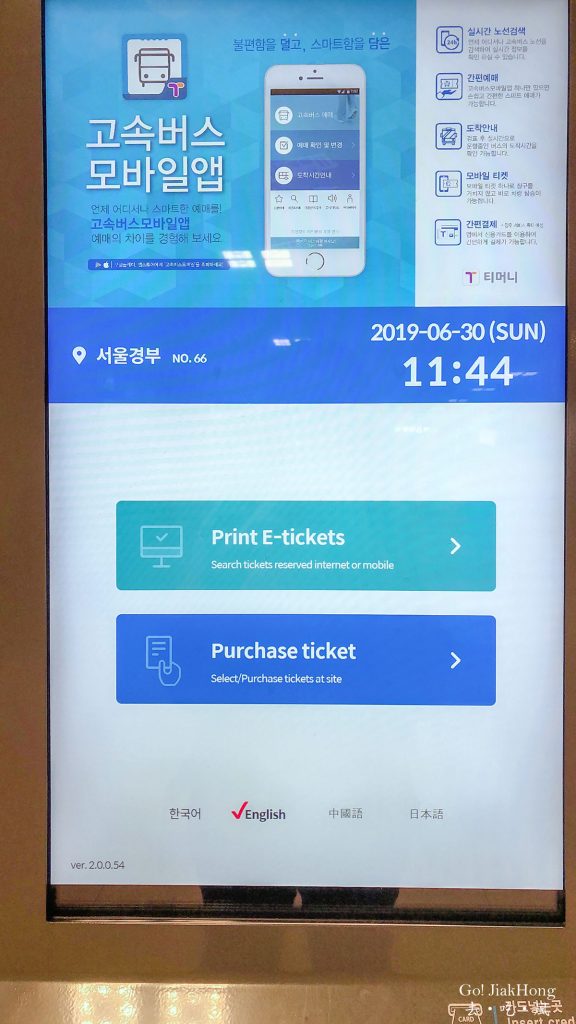 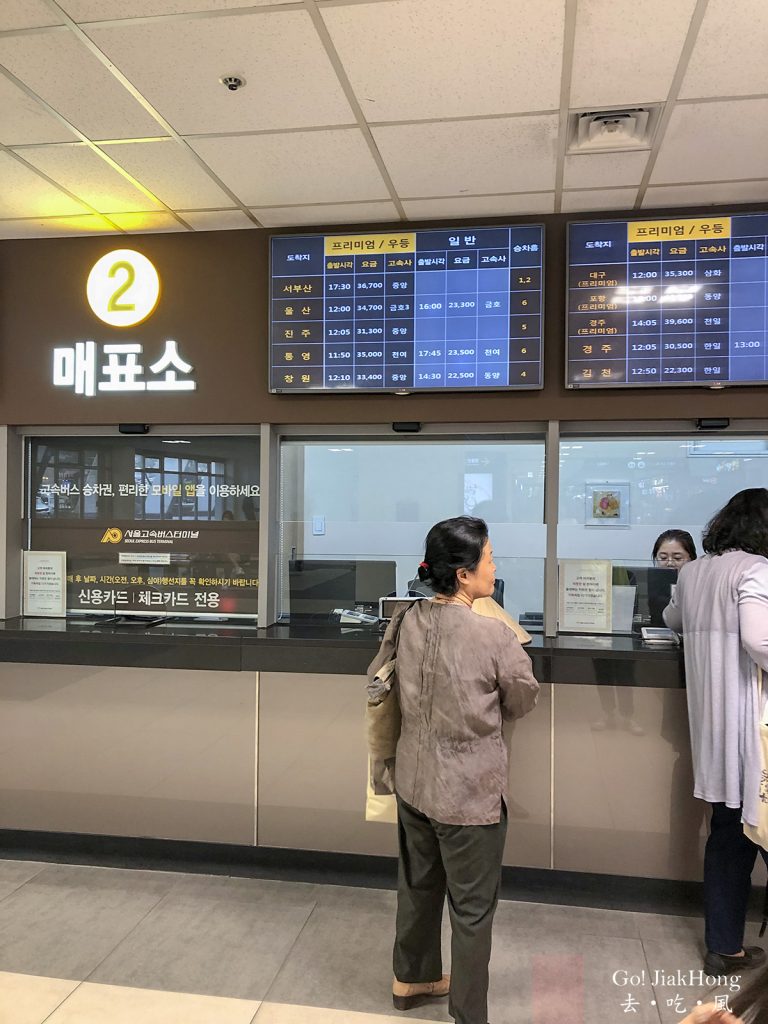 If you aren’t sure whether you can reach the bus terminal on time to board your scheduled bus, it is better not to make pre-reservation online.  We bought our ticket over the counter because of this reason. The downside of it would be you might not get the earliest departure bus, our bus departs an hour later so we had some free time at the bus station.

Do not worry about being bored at the station, it has lots of restaurants, a huge shopping mall across the street and an underground shopping street.

However, assuming that you are in a large group of more than 5 people, it would be better to book your bus ticket early and enjoy the 10 % discount plus able to choose the seats.

There are quite a number of lockers available at the bus terminal, which is convenient for travellers who are going out of Seoul for a short trip and return. 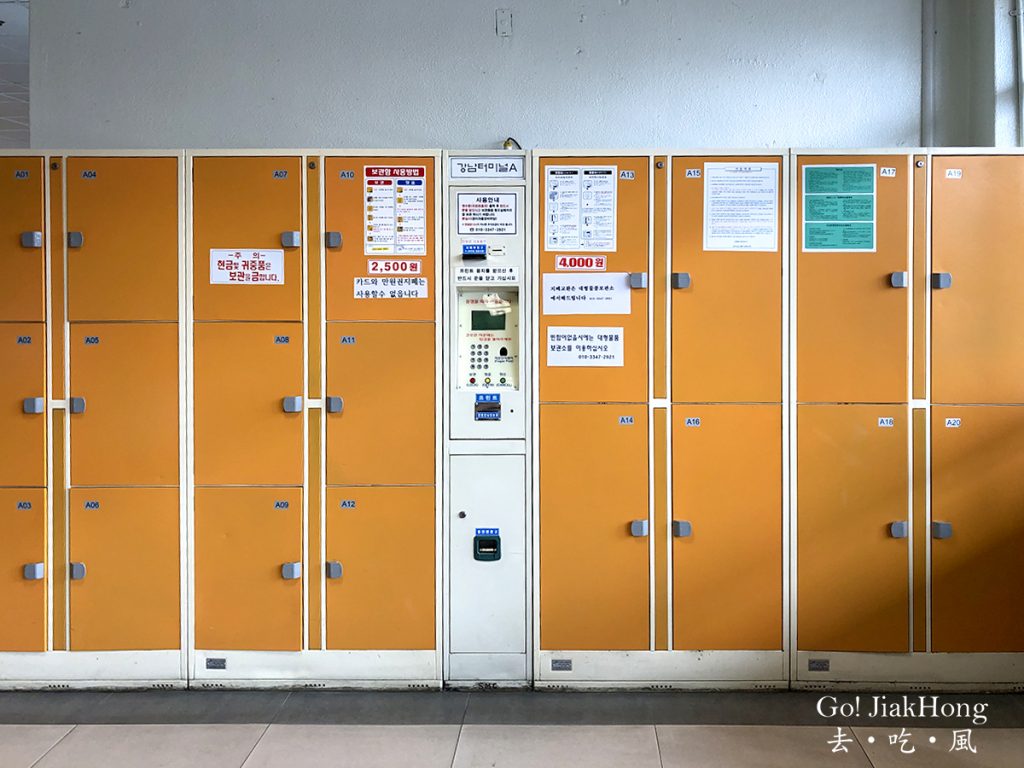 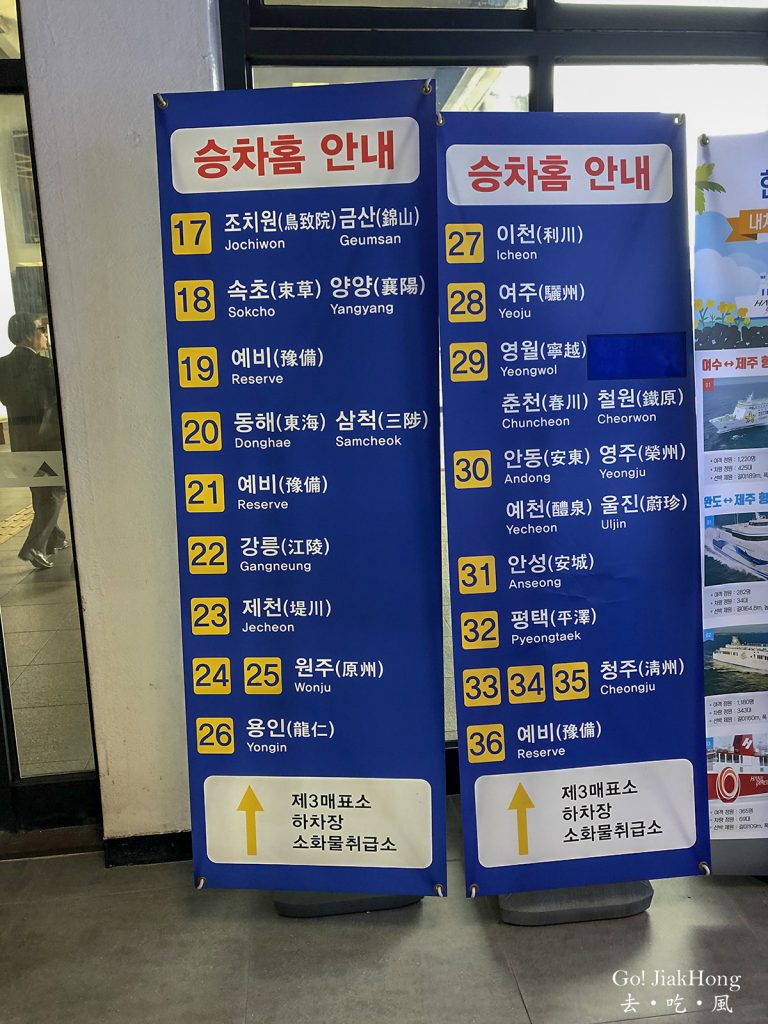 Following the sign, we walk out of the terminal towards the boarding area. 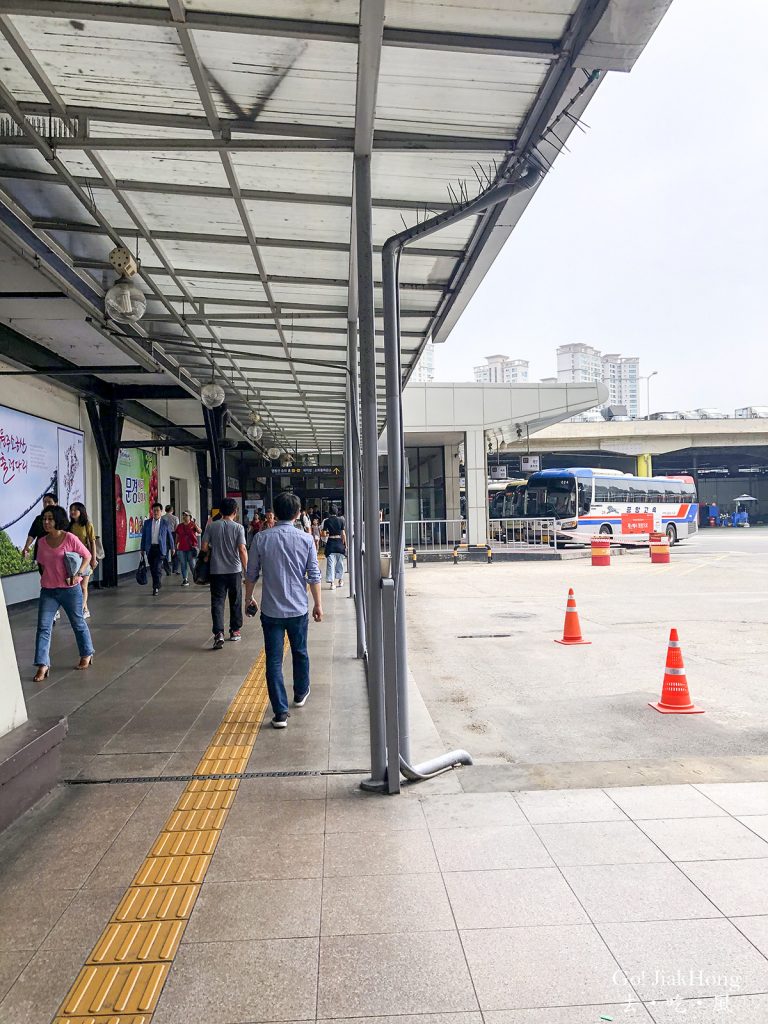 Our bus to Sokcho, after an hour ride there will be a 15min break at a rest stop.

Reclining seat and wide leg space, however, there is no USB port for charging. 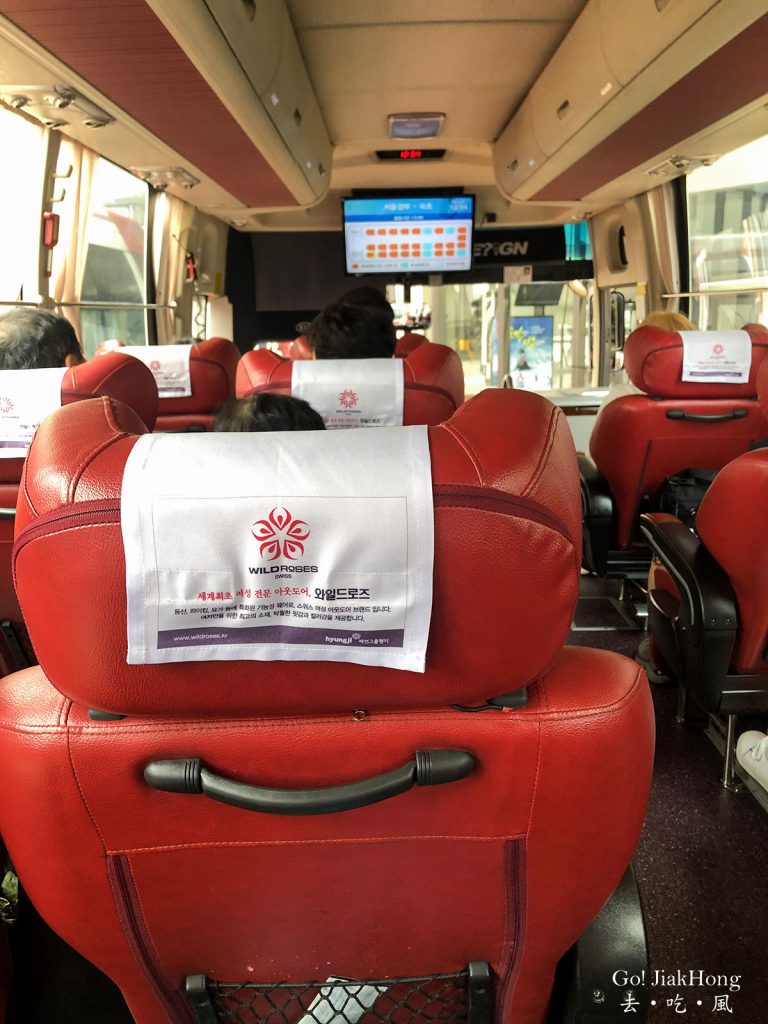 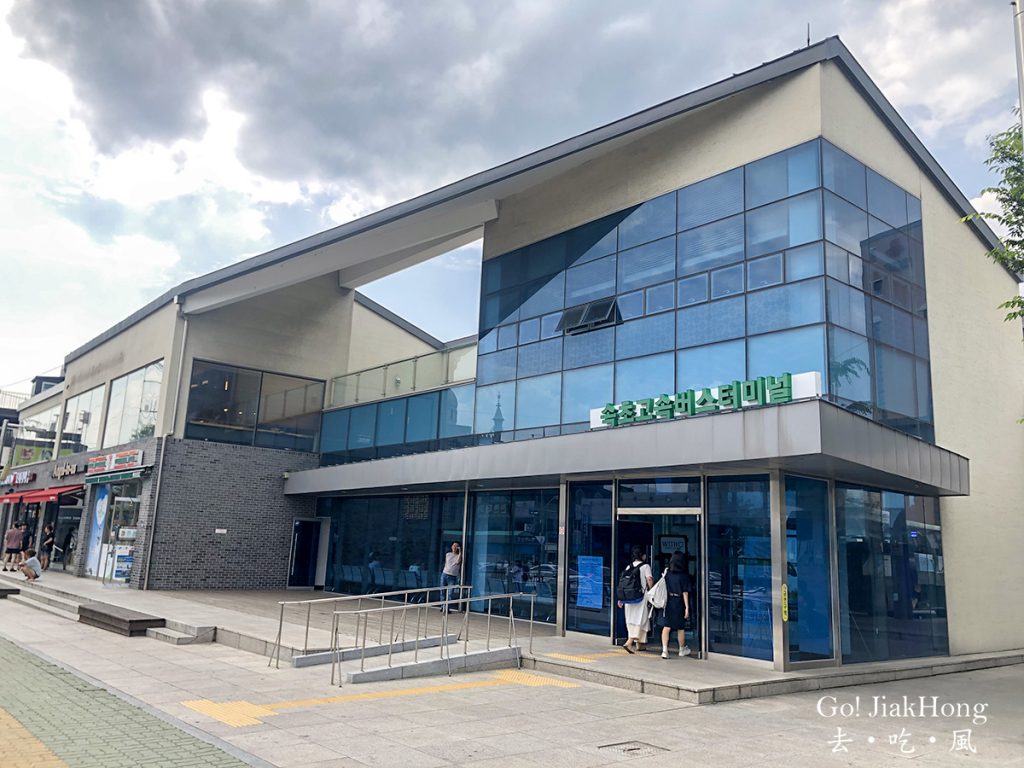 If you would like to return to Seoul Express Bus Terminal, please note that you must mention the correct destination as there is 2 Seoul bus terminals. 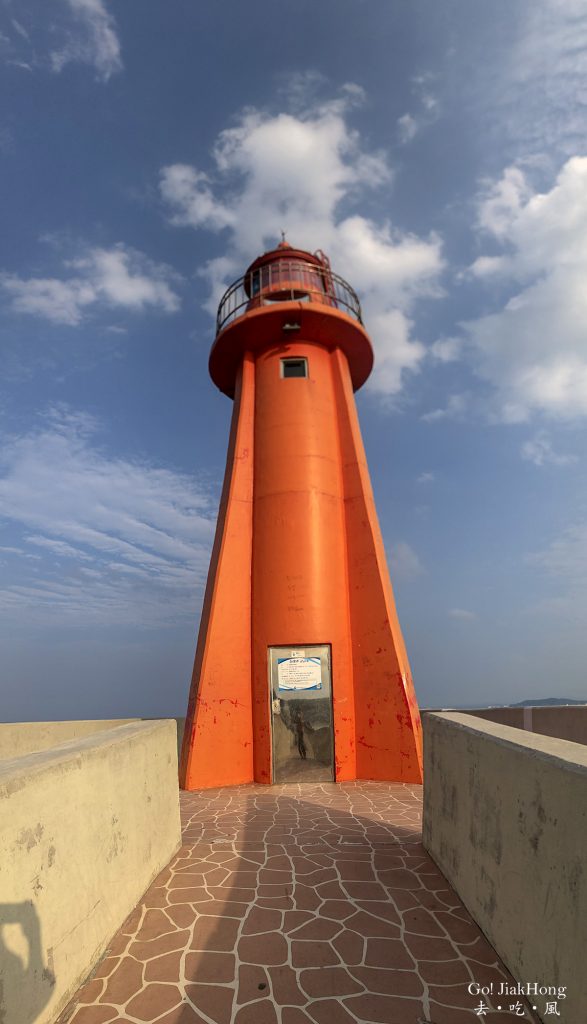 There are 2 buses that cover the main tourist attractions, bus no. 7 and 7-1.

Getting around Sokcho is not that difficult, however, as there is a limitation to the transportation there,  you will only have 2 option which is by bus or taxi if you don’t drive. The bus comes quite frequently but not so after 18:00, it is not that difficult to hail a taxi there too.

Seoraksan is one of Korea’s most beautiful mountains. Seoraksan National Park is surrounded by clear mountain streams and vibrant flora and fauna. 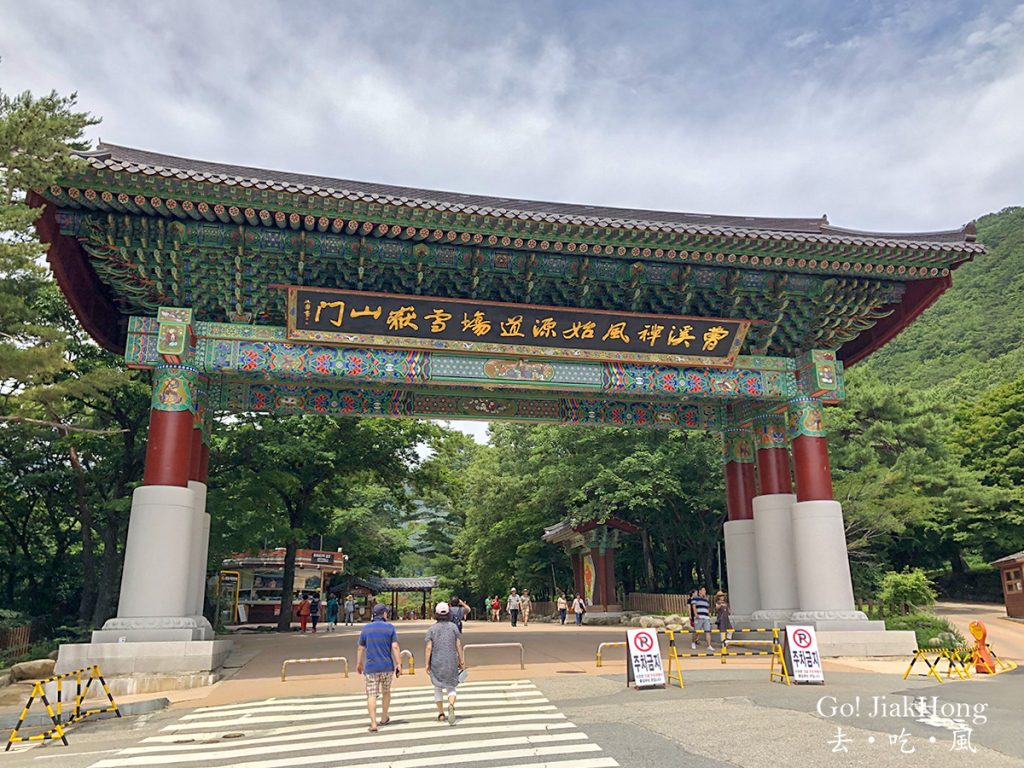 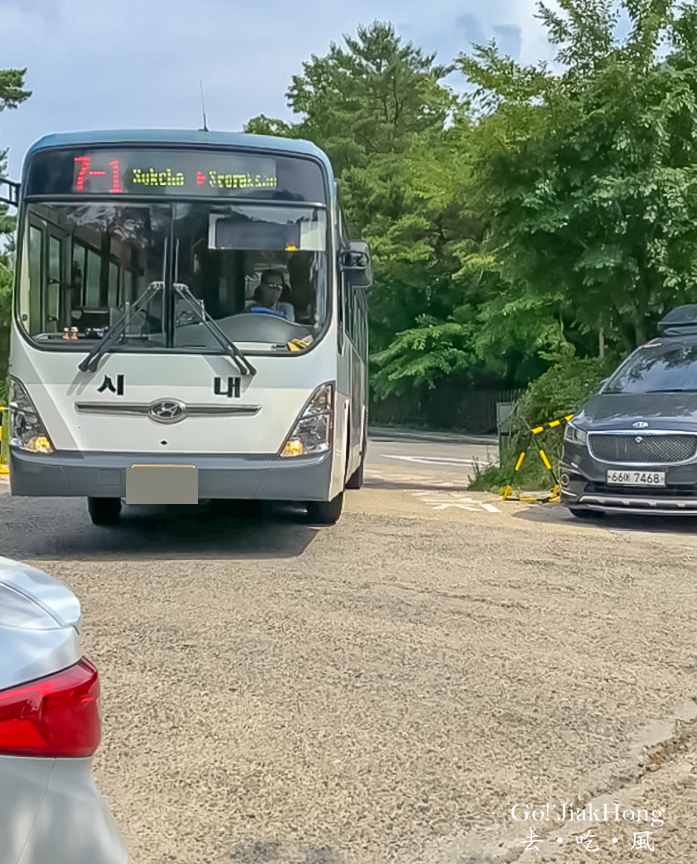 The bus stop which you will alight and board your bus. 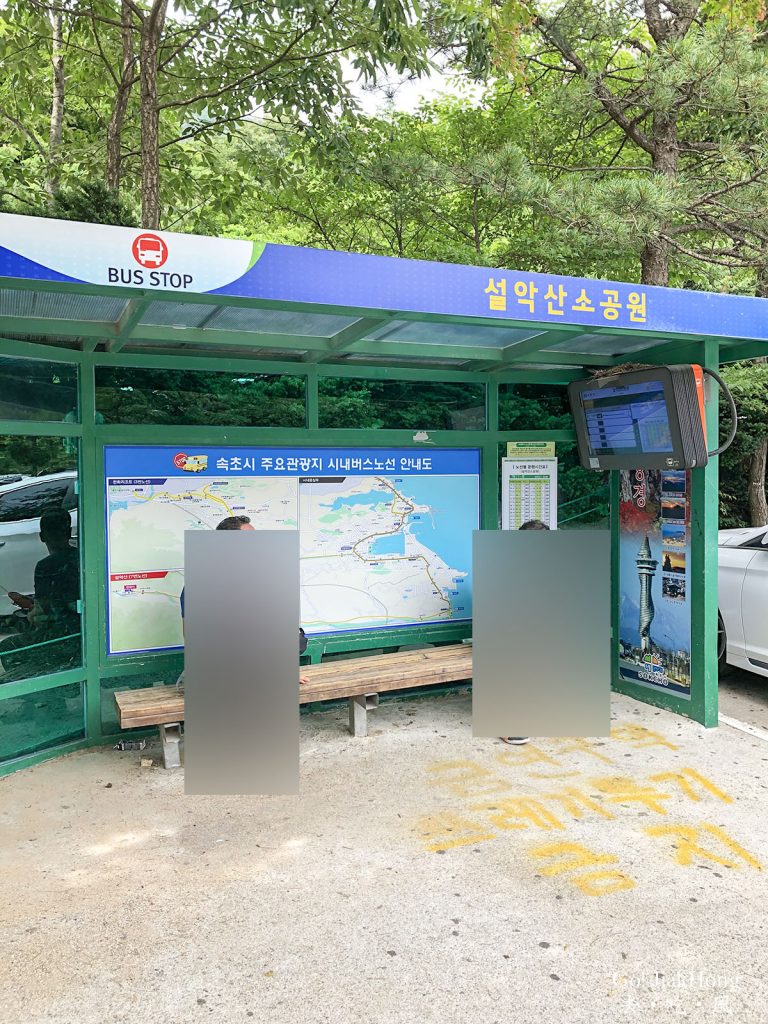 *Pay by T-money or cash* 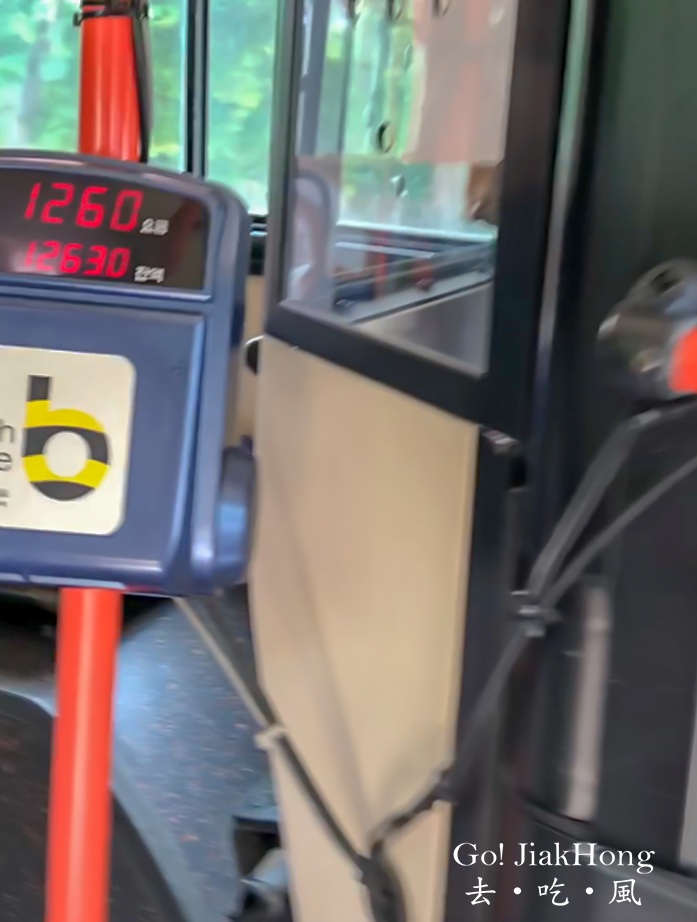 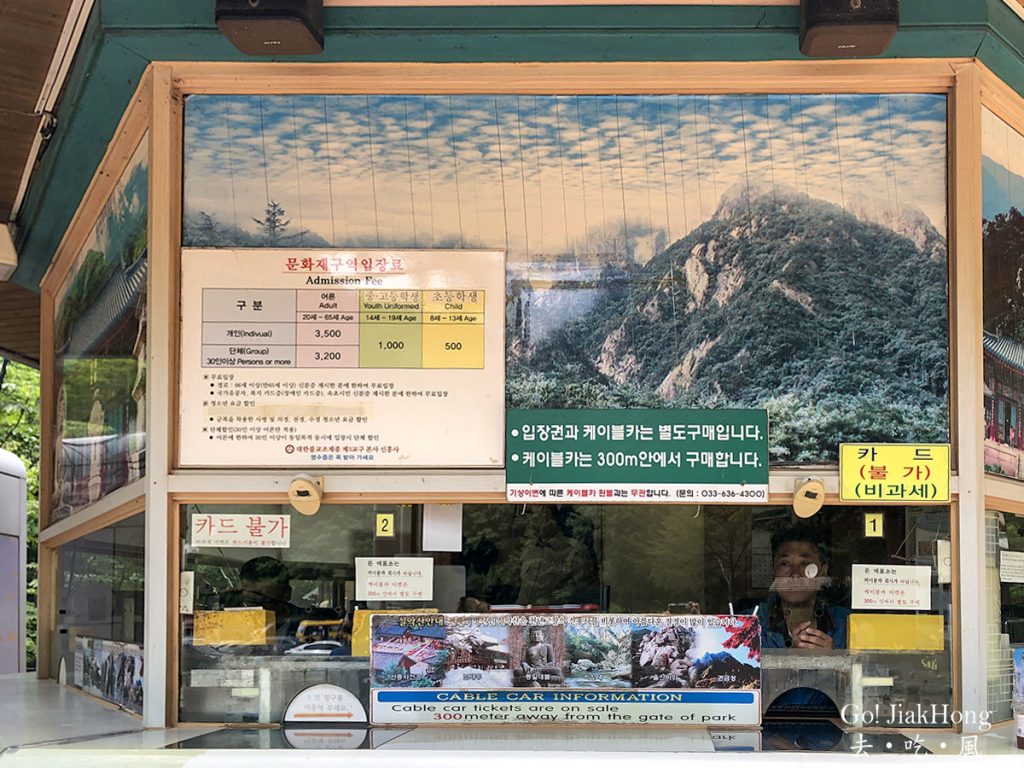 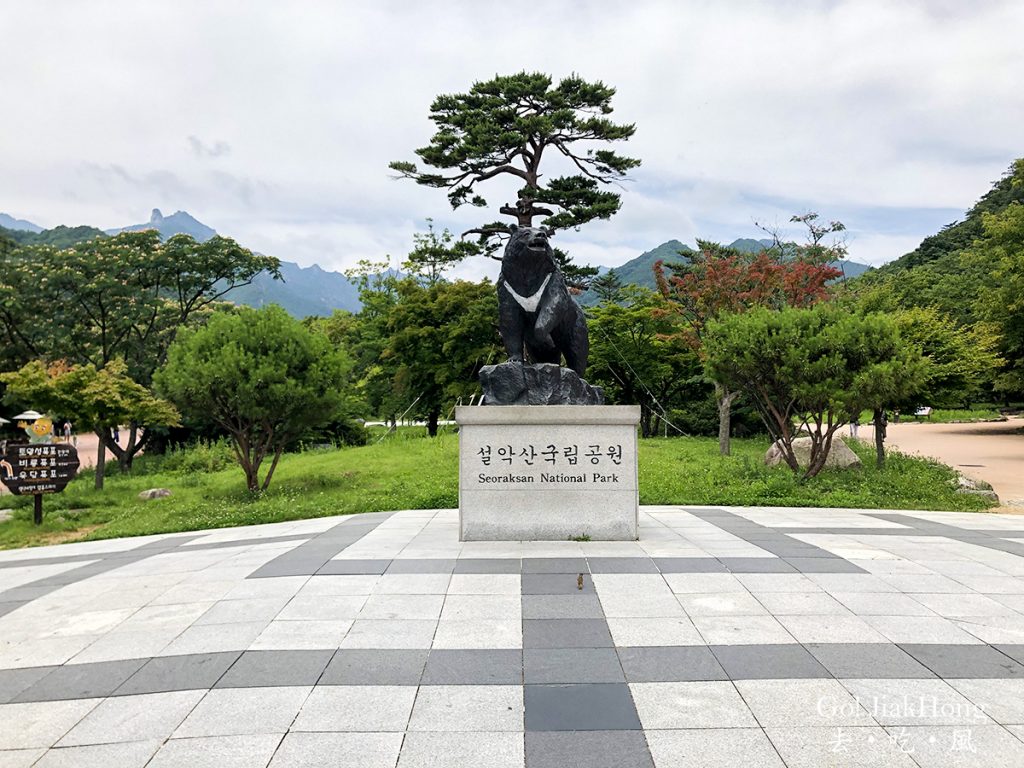 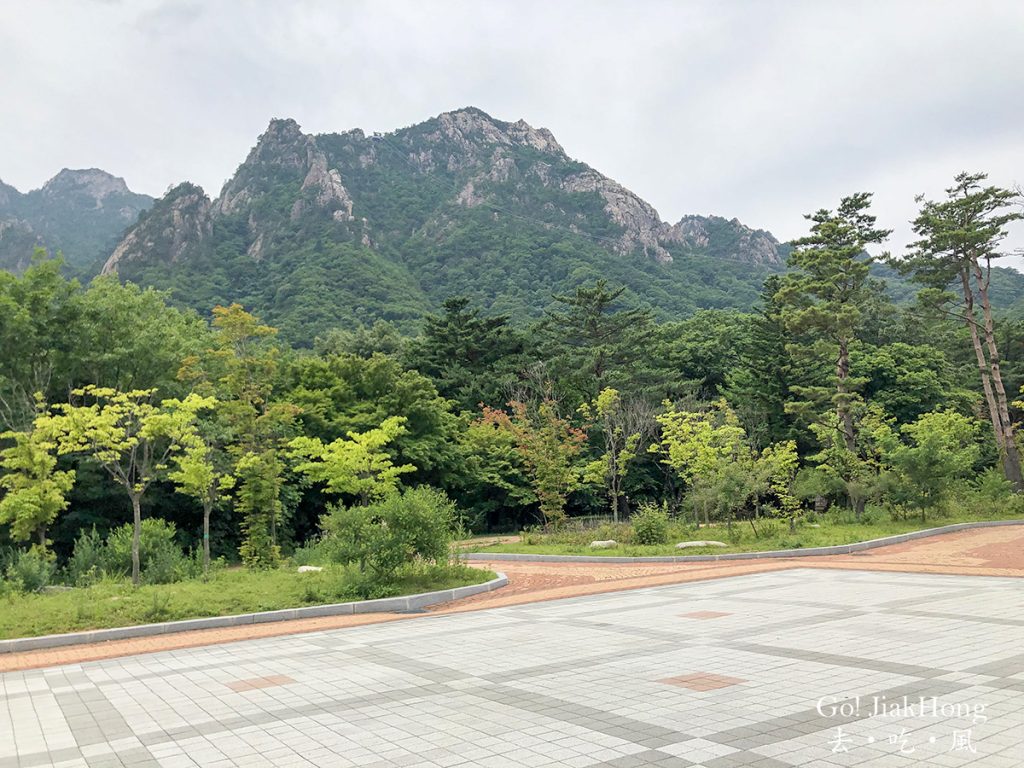 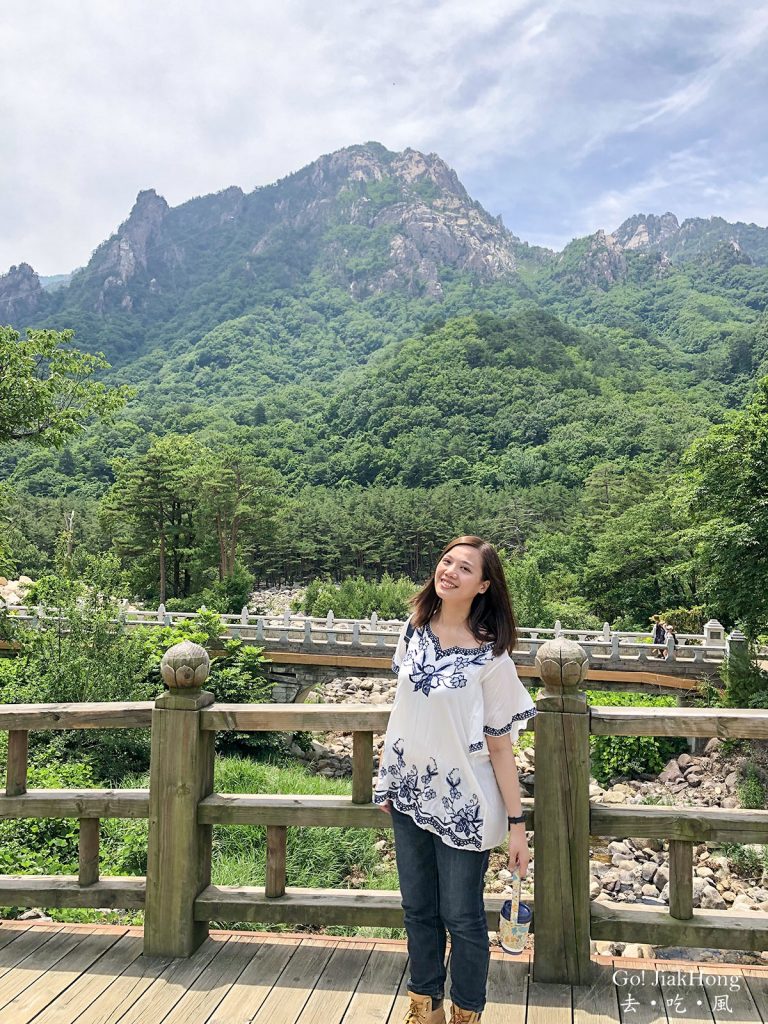 Before reaching Sinheungsa Temple we will pass by the Bronze Buddha “Tongil Daebul”, which does not look bronze now. 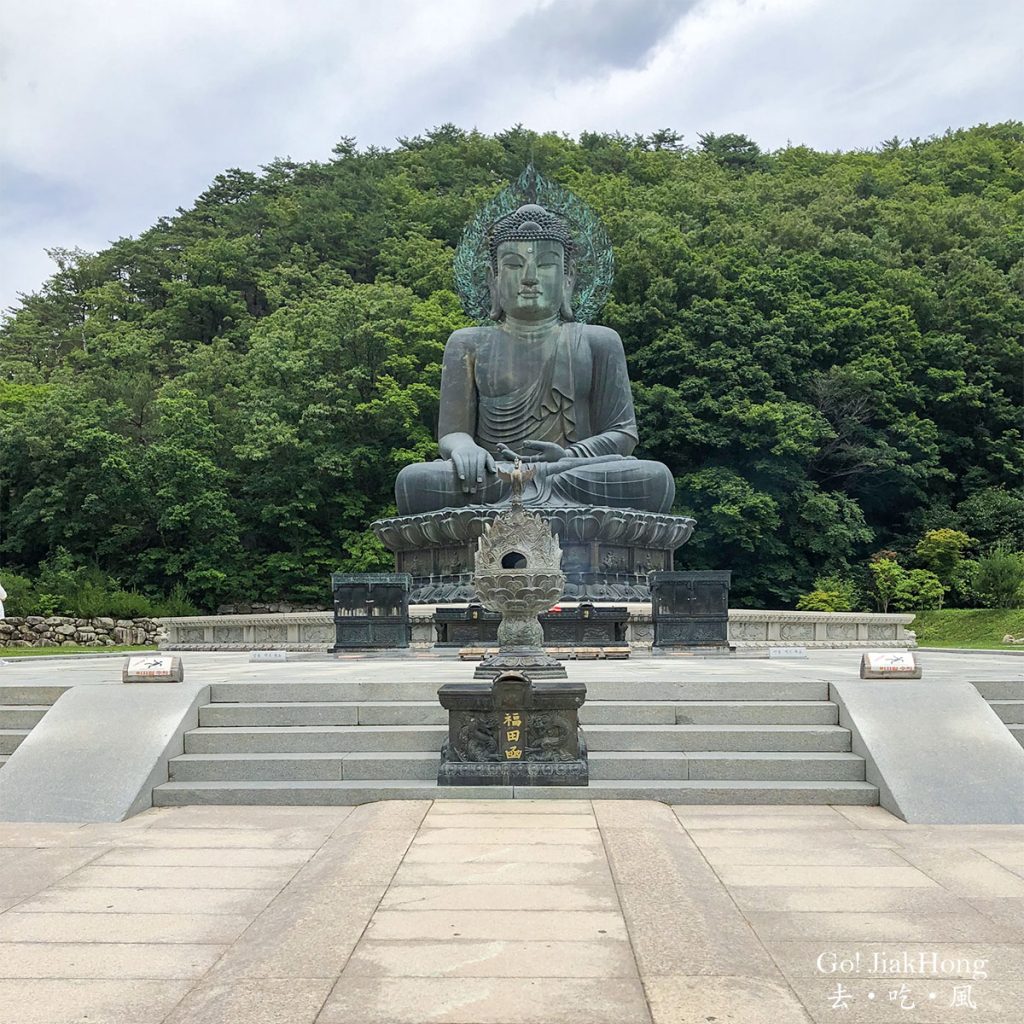 Sinheungsa Temple, the head temple of the Jogye Order of Korean Buddhism 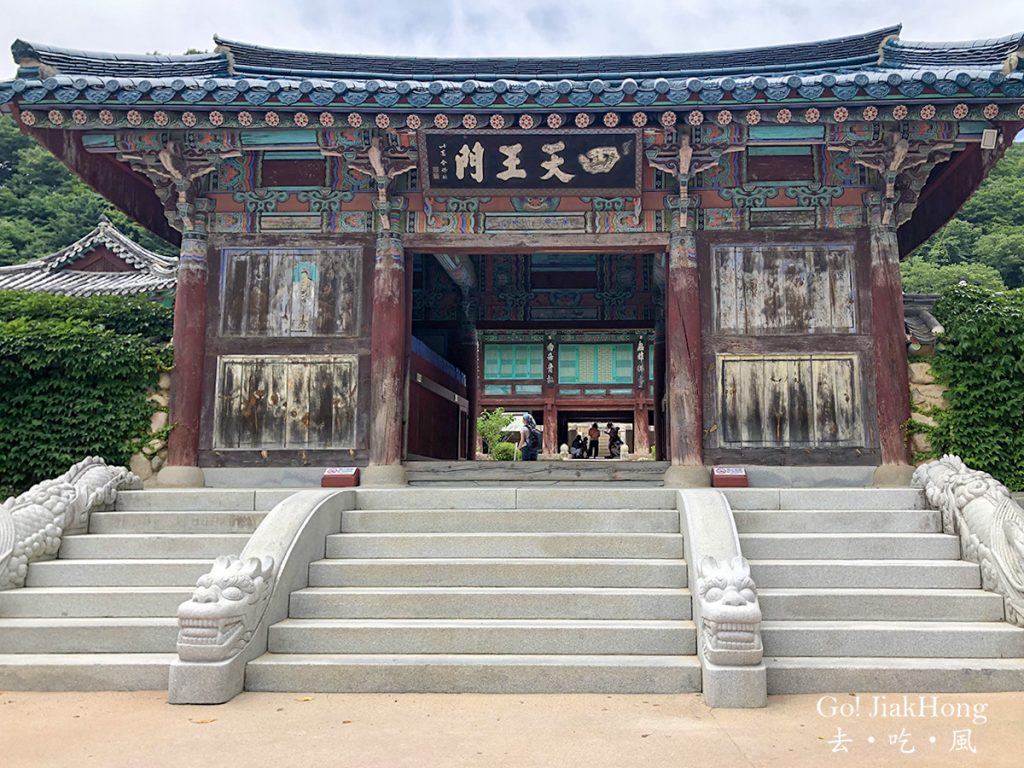 The back view of Boje-ru Pavilion. 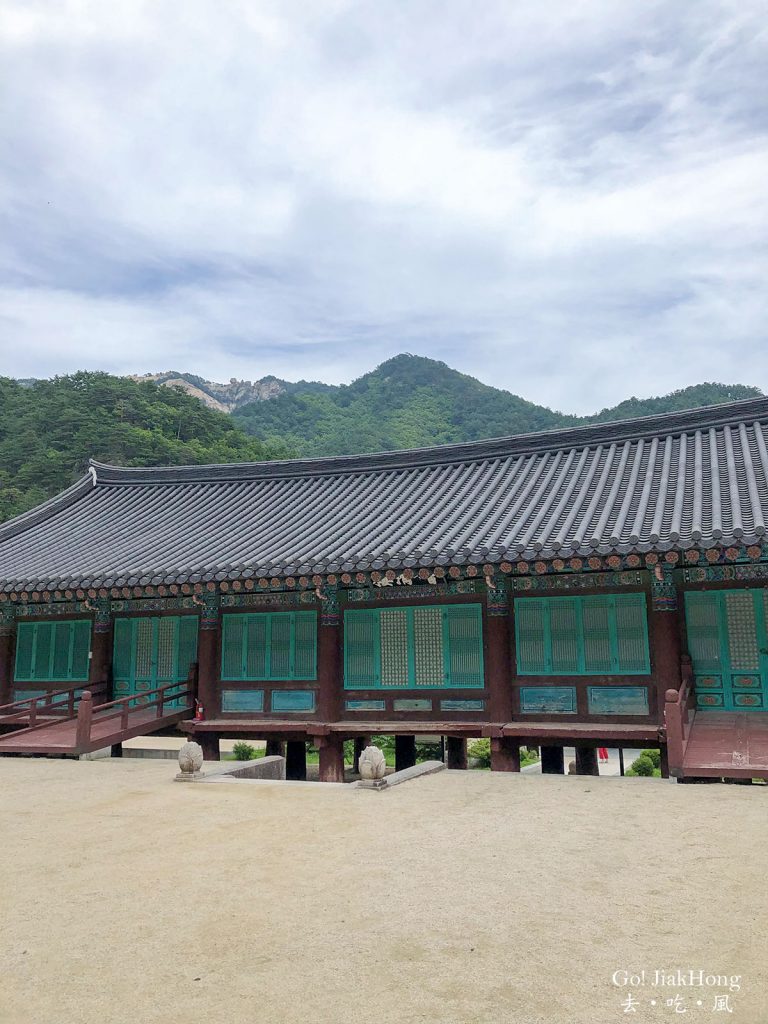 The cable car will take you up to Gwongeumseong, a stone fortress at the top of Seoraksan Mountain. This is the only way up as you are not allowed to hike from this route.

Operation varies by the season and weather condition. please check their official website, it is updated daily

**The fare is only for round trip** 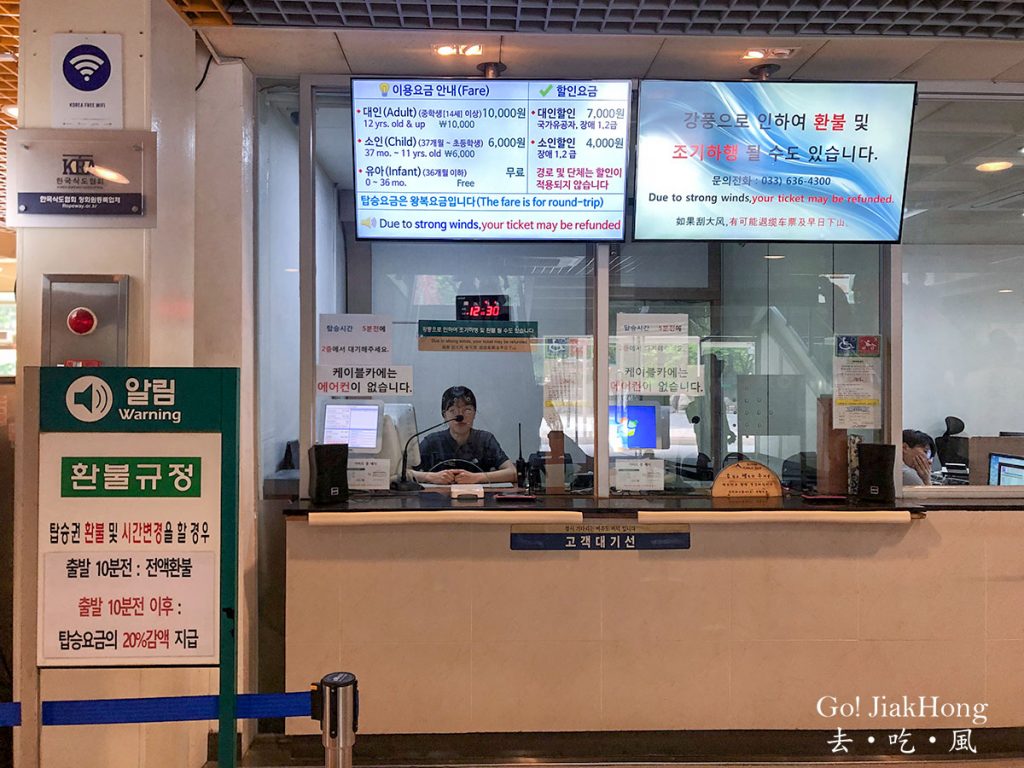 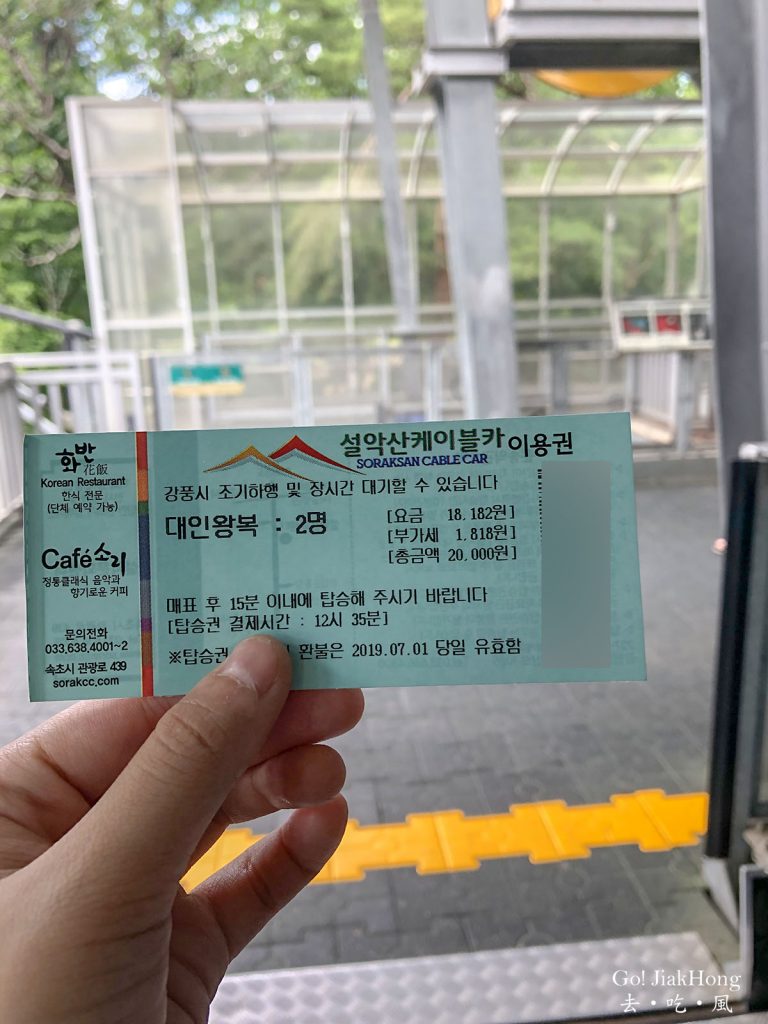 Follow the stairway once you exit the cable car platform and walk up about 20 minutes. You will reach the top of Gwongeumseong which is called Bonghwadae. 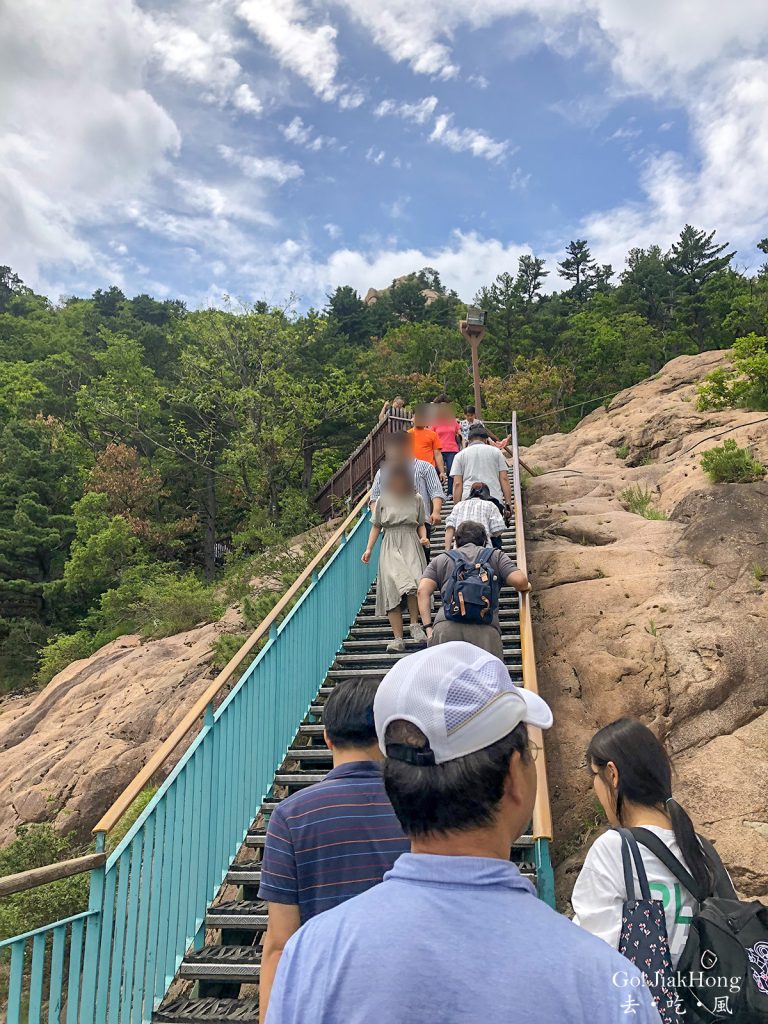 The scenery along the way up 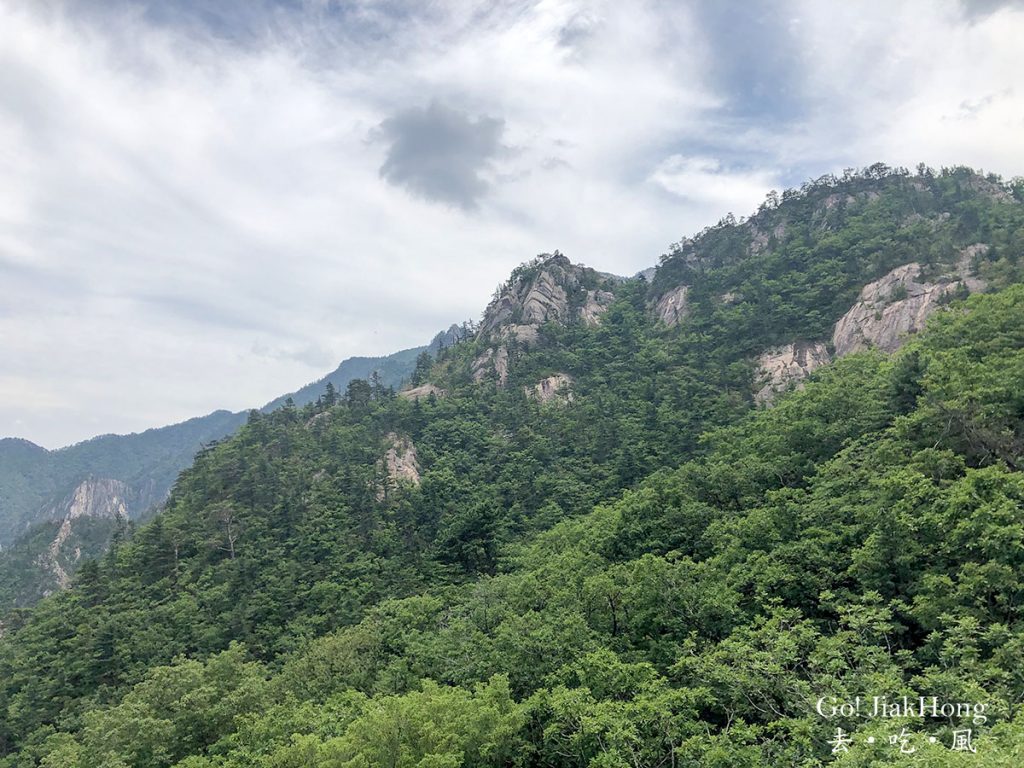 From here onwards, there is no stairs or handrail for you to climb to the top. You can just take some photos nearby or continue to climb up depends on your stamina and health condition. 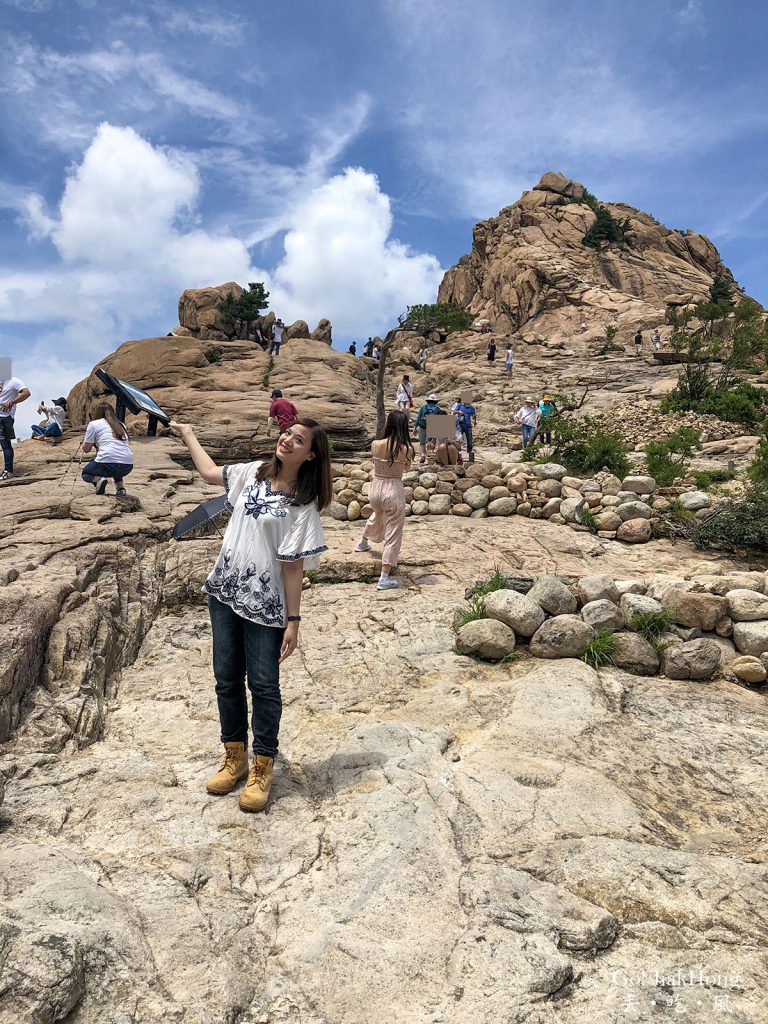 Photo-taking corner, if you are not able to reach the top of the mountain. 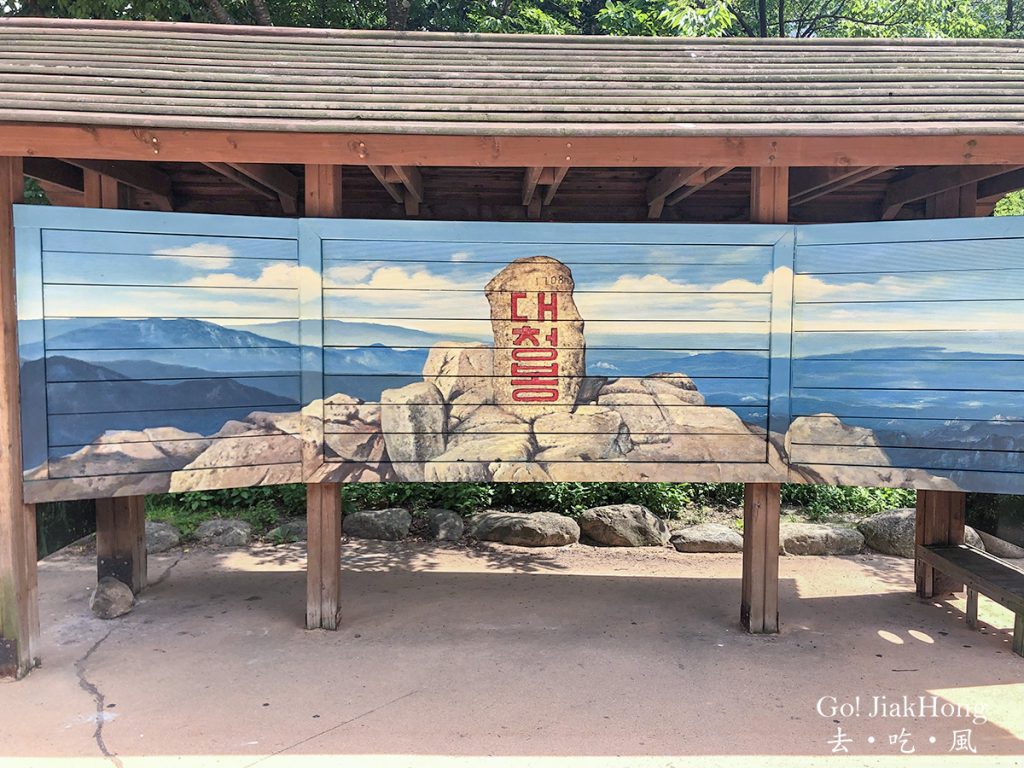 Sadly to said, we did not have enough time to walk over to the waterfall which is about a 2.5km away from the main entrance. However, if you do have more than 4 hours to spare, would recommend you to do so.

Things to eat in Sokcho

There are lots of food that are worth to try in Sokcho and all these local delicacies are available at Sokcho Tourist & Fishery Market or Daepo Port. 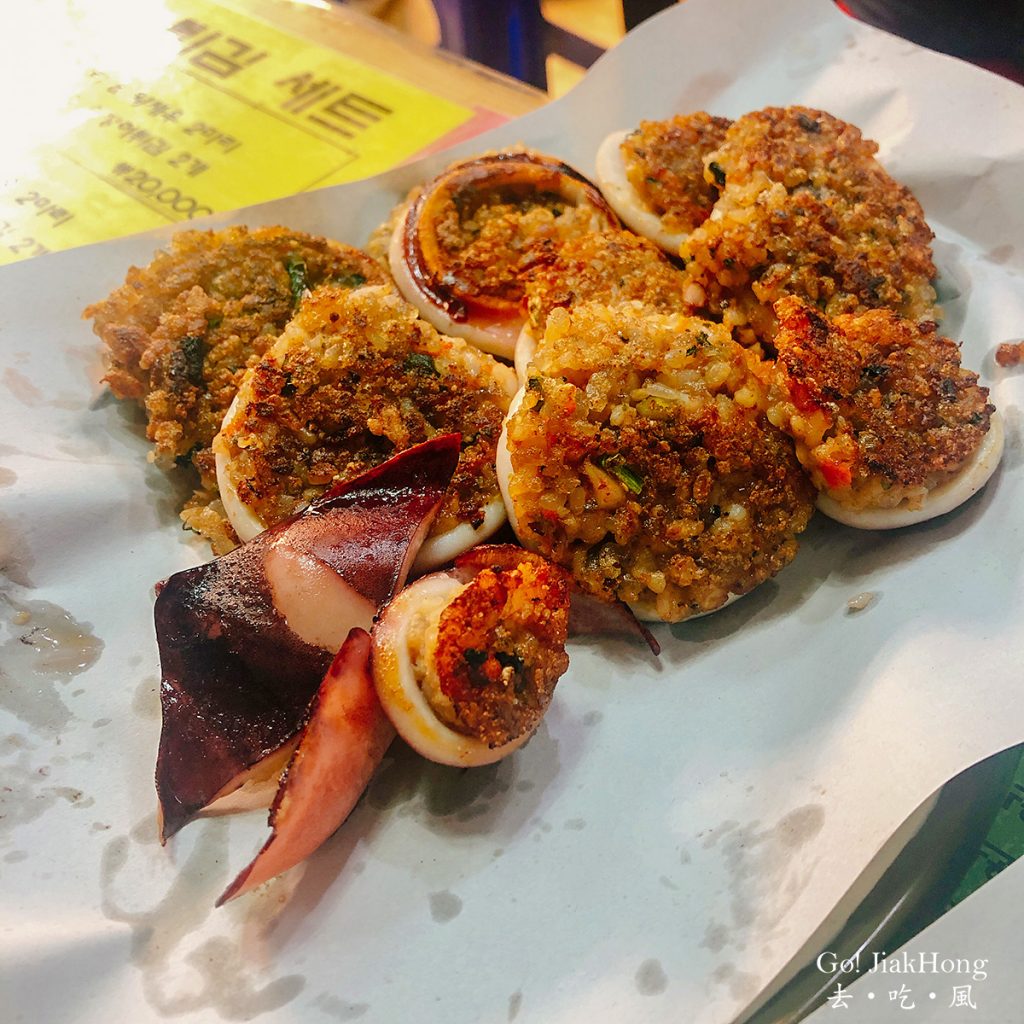 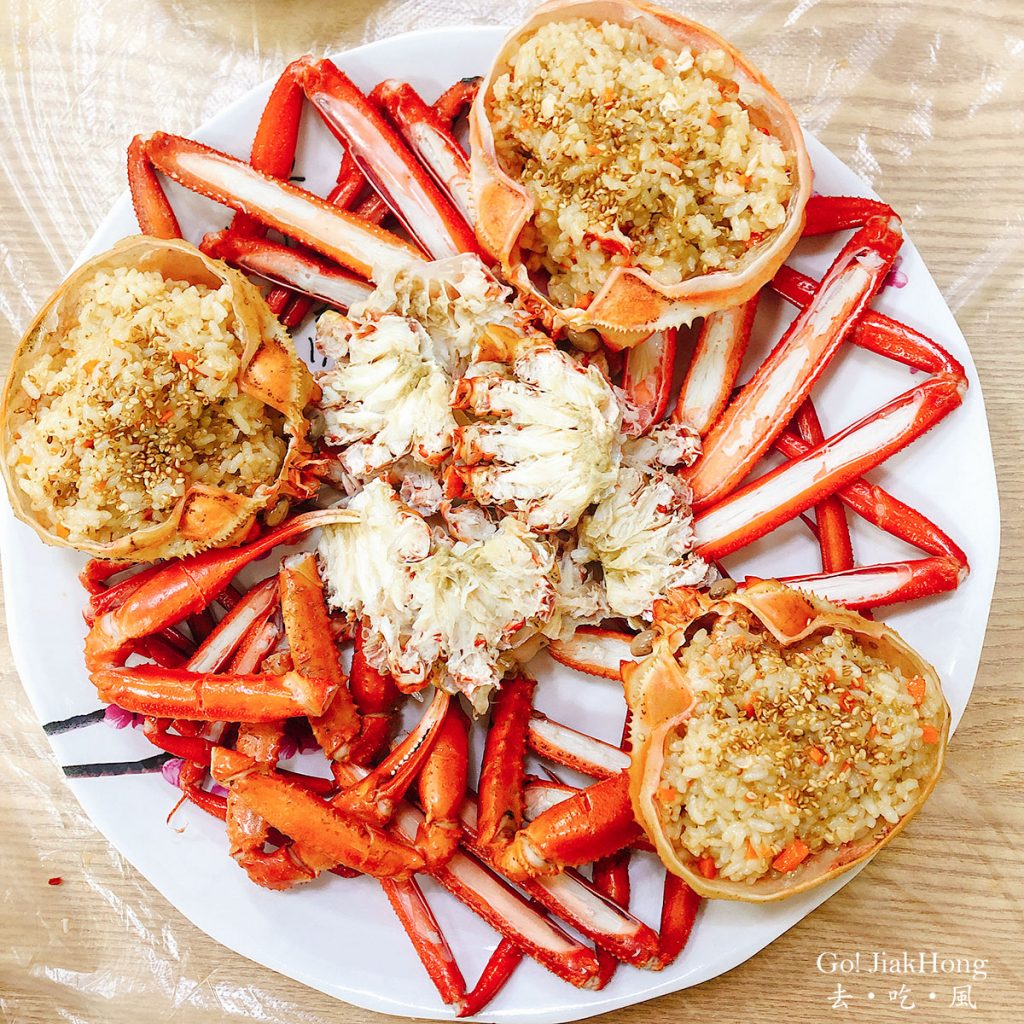 We are unable to try most of their local delicacies, which is a little disappointing. I hope that we can revisit again to explore more of Sokcho.

In my next post, detailed information on the food we had at Sokcho Daepo port will be covered.

Back in Singapore left with 2 pairs legs cause the