Before heading off to Iceland Reykjavik, we had a stopover at Schiphol International Airport in Amsterdam for around 4 hours before check-in. There is only 2 well-known aviation company that fly regularly from Amsterdam to Iceland, they are WOW Airline and Icelandair. We have chosen Wow Airline for our departure from Amsterdam because of its low cost and timing. In this post, I have also put down some of the things to note if you are going on a budget airline in Europe. 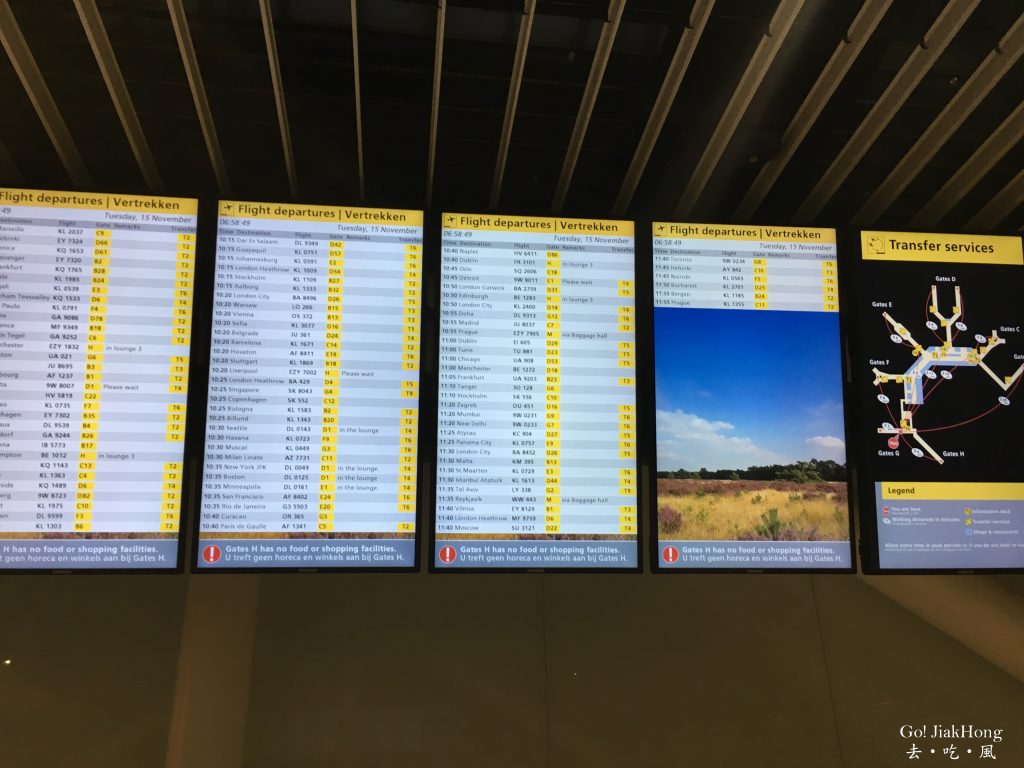 WOW Airline is a budget airline from Iceland and its flying destination is within Europe, North America, and Canada. As for their price wise is a little expensive for us but still, is consider as affordable and if you brought it during low season or when they are having a promotion or deals the air ticket could be much lower. 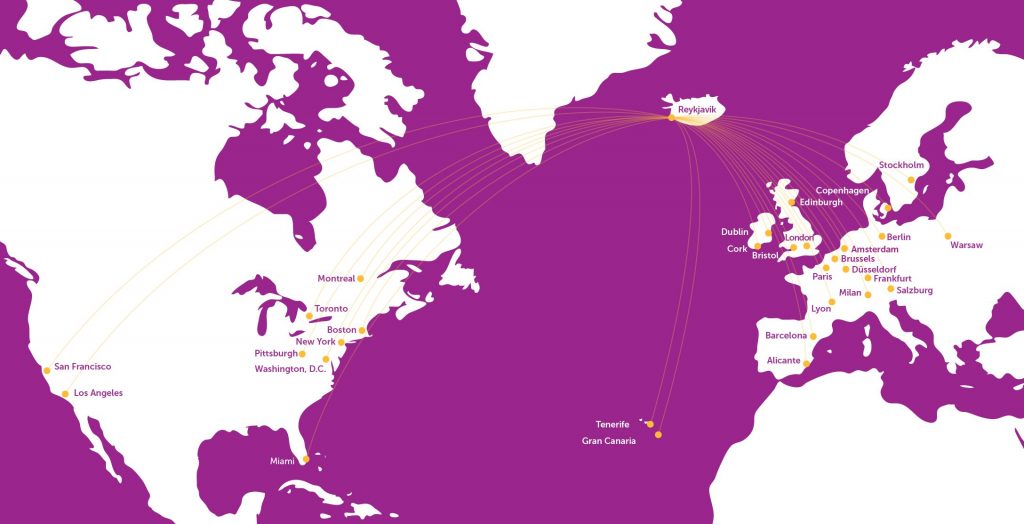 Some of the things to note when flying with no frill airline in Europe/Western country as they can be quite strict with the weight and size of your baggage.

I have pointed out some of the rules for their baggage allowance from the official website. And made some notes for easier understanding.

Each guest is permitted 2 items in the cabin.

1 PERSONAL ITEM(*Important)
This is included in the airfare, which is one small personal item eg. small purse/backpack, laptop or a camera bag up to a maximum of 42x32x25cm/ 17x13x10in. And this must fit under the seat in front of you.

**Personally, I carry a small shoulder bag to put my skincare products and other personal stuff.

1 CARRY-ON BAG (Will not explain this, just for reading and understand)
You can purchase allowance for one carry-on bag includes the handle and wheels, up to a maximum of 56x45x25cm/ 22x18x10in. For more information check on the airline official website.

To note:
Use the size-gauges at the airport to measure your carry-on items.  If the personal item doesn’t fit in it will be treated as a carry-on bag and if the carry-on bag doesn’t fit,  it must be checked into the hold according to the standard price list.

In addition, one duty-free shopping bag is able to carry on board the plane.

At the Departure Lounge

After checking in our luggage, we went inside the departure gate and had our first breakfast in Amsterdam: 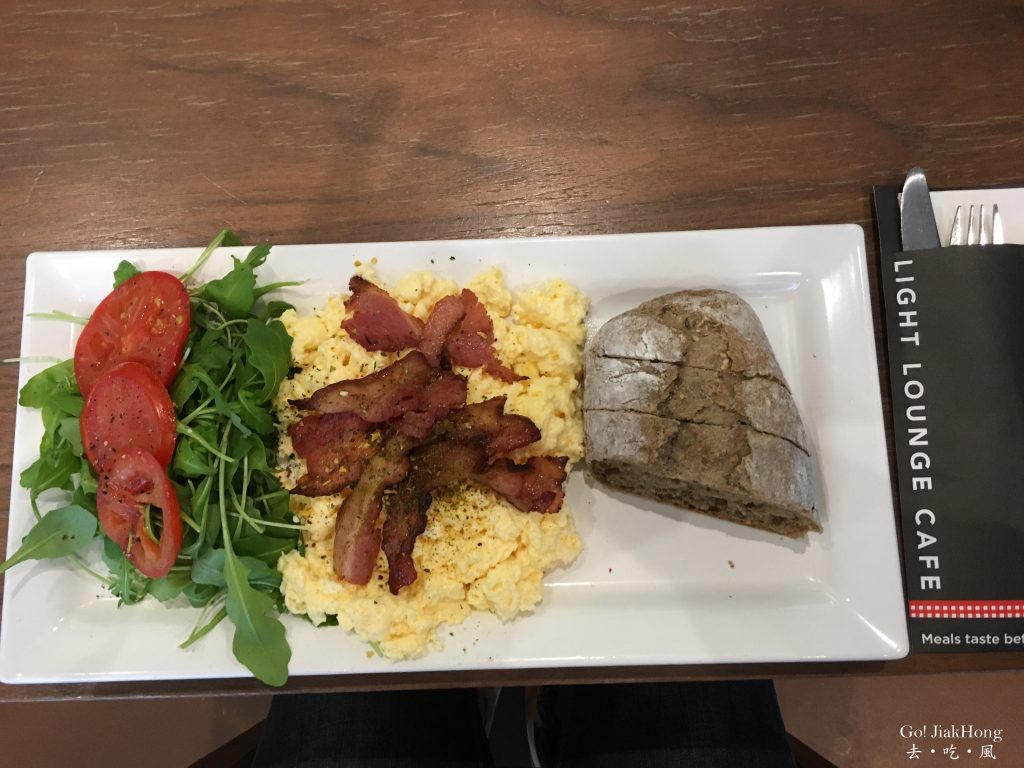 Simple and comfortable inside the departure lounge area, with 2 café and 2 duty-free shops: 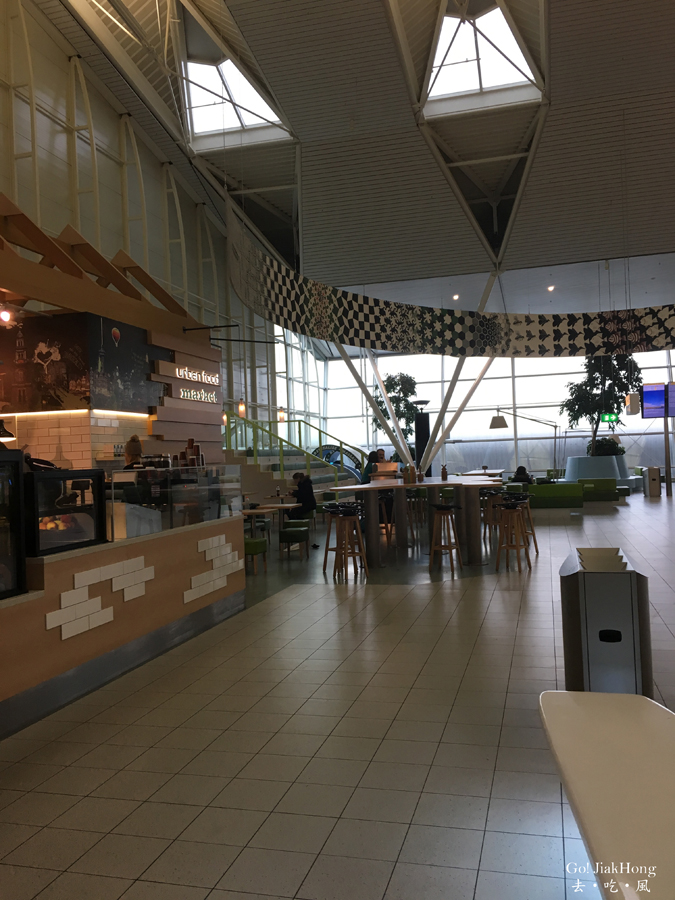 Heading to our departure gate: 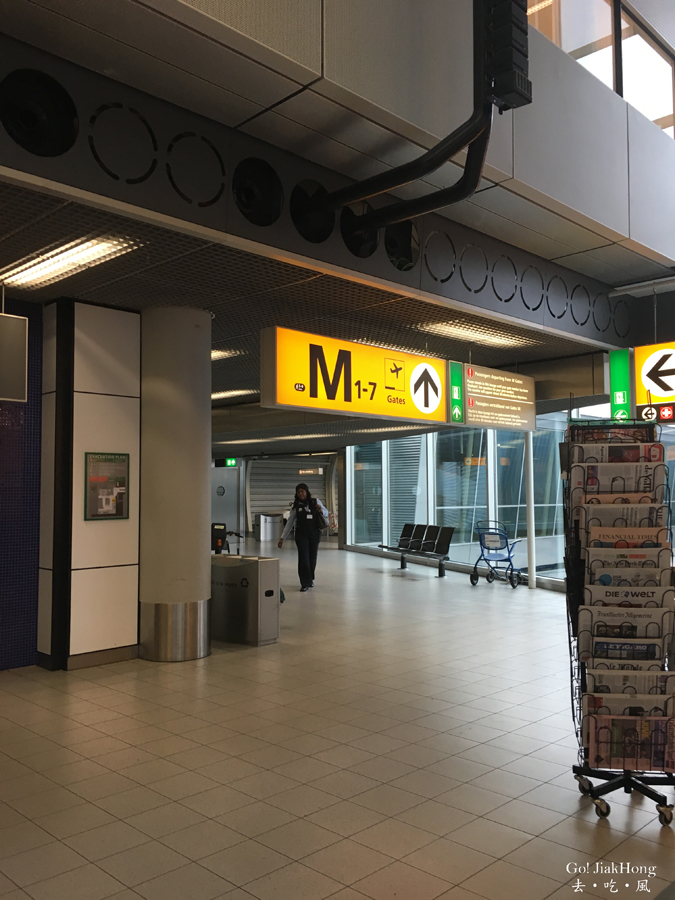 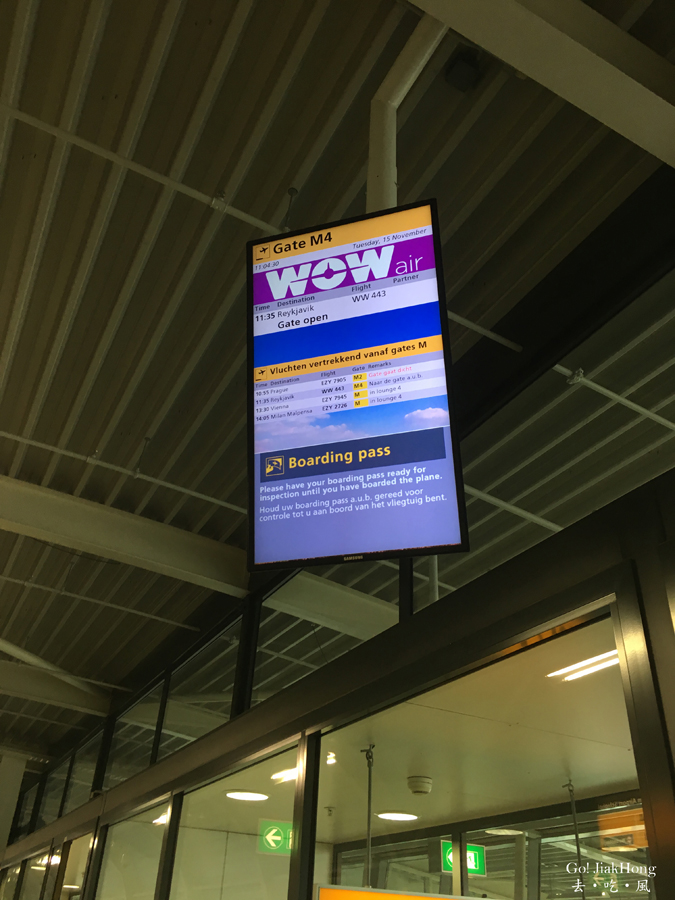 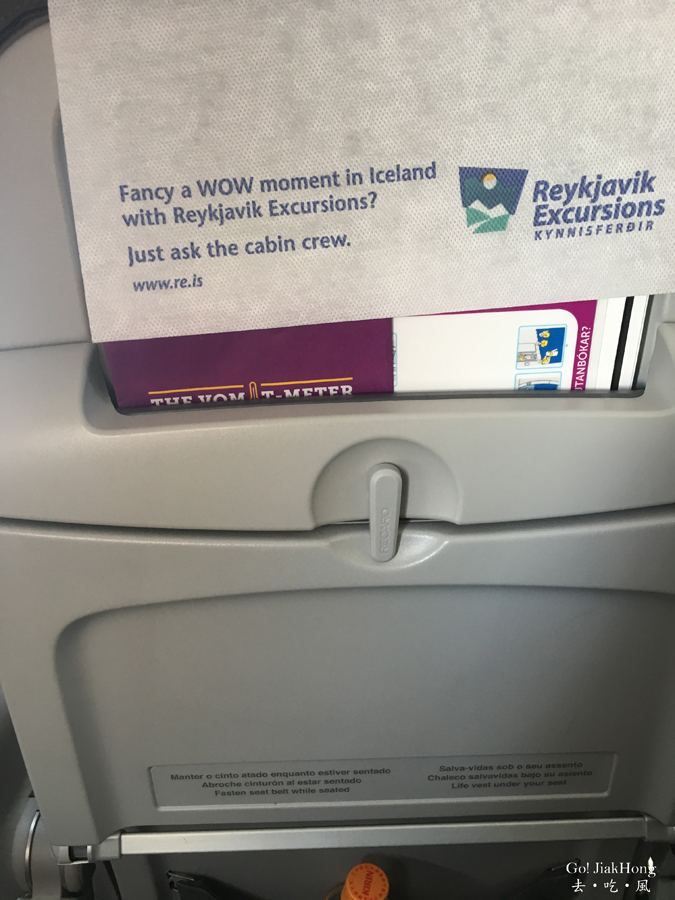 A full plane that day: 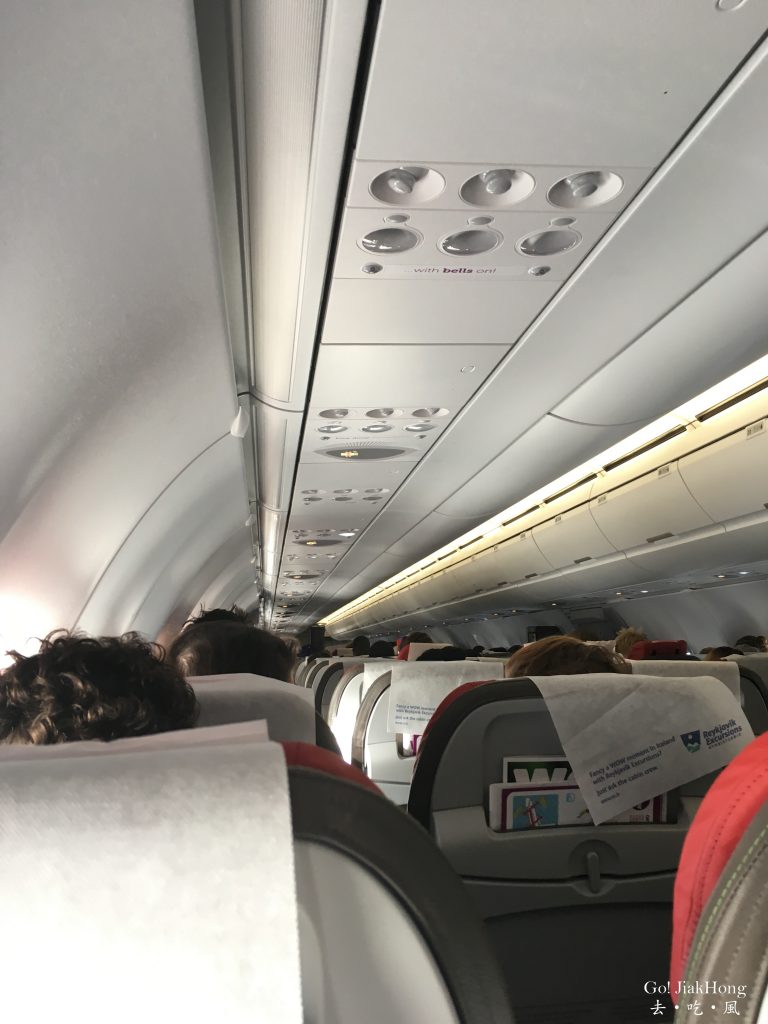 Beautiful view from the plane: 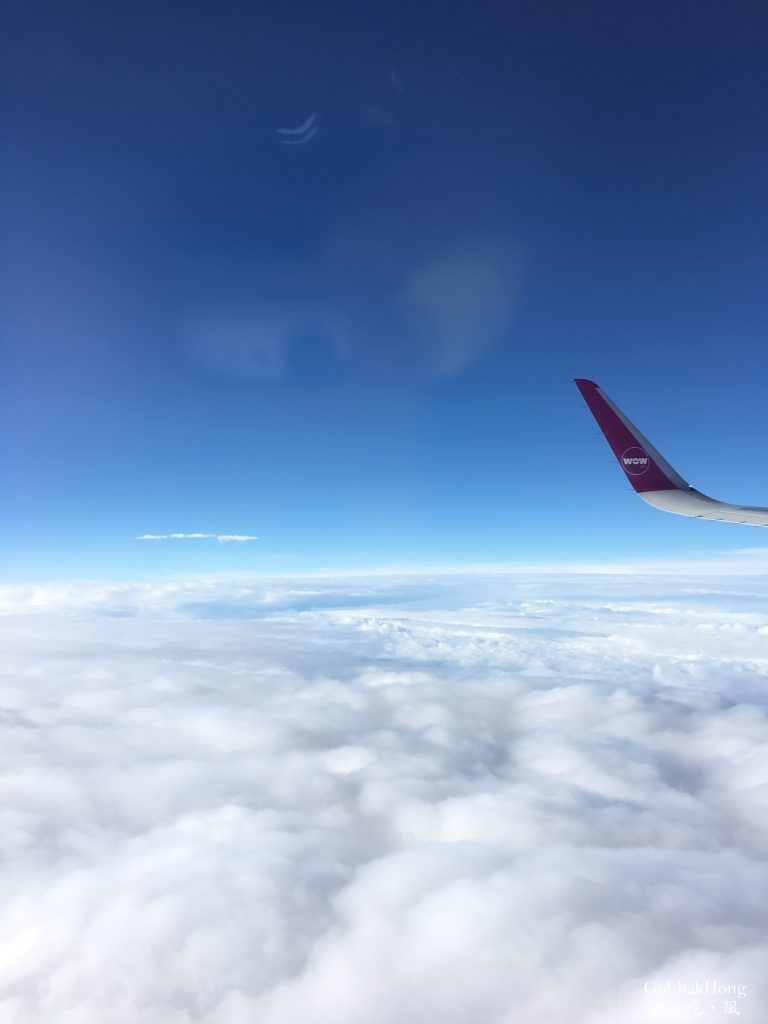 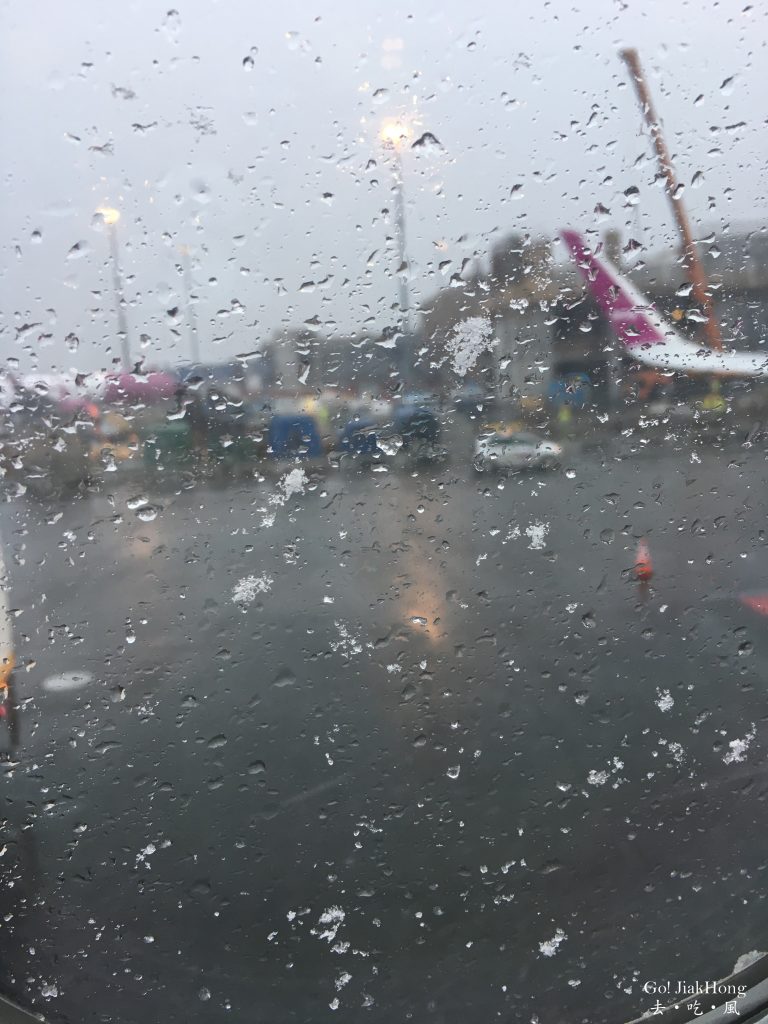 We had an enjoyable flight with wow airline, cabin attendants were all vibrant and friendly. Even though the seat was quite comfortable, however, for a long distance flight that is more than 4 hours would not be that comfortable. The interior was quite different from other budget airlines we took, the seat arranged in a way that no space was unused, which I would say it was quite cramped. 2 toilet one at the front of the plane and one right at the end. We wanted to purchase their plane model on board but it was out of stock, maybe next time.